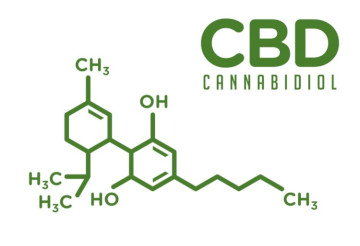 There is a lot of information I have been reading about CBD but I am curious about drug interactions. Are you able to give me a run down of serious interactions if I were to use a CBD oil?

There are several potential drug interactions with CBD (cannabidiol) but many of them aren't well studied.

Currently, the most well known interactions are with:

Below, we describe these interactions and other potential conflicts with CBD.

If you are looking to check specific interactions with CBD, be sure to use our drug interaction checker:

Cannabidiol often referred to simply as 'CBD', is a non-psychoactive constituent of marijuana. Unlike THC, CBD is not known to cause euphoria but does affect the central nervous system as studies show it can be beneficial for symptoms of anxiety and can cause sedation.

CBD is known to have significant activity within the endocannabinoid system and has been studied for a wide variety of therapeutic effects, including for the treatment of:

In addition, CBD may make high THC preparations more tolerable for individuals as it can 'attenuate' or reduce the 'high' experienced.

CBD is a popular over the counter supplement and is also available as the prescription product Epidiolex, which is approved for the treatment of seizures associated with Lennox-Gastaut syndrome or Dravet syndrome in patients 2 years of age and older.

CBD is reported to be generally well-tolerated, and side effects, if they occur, tend to be mild. Nevertheless, CBD can cause:

Studies indicate that CBD and valproate products (e.g. Depakote) can increase liver enzymes, potentially increasing the risk of liver damage. Per the prescribing information for Epidiolex:

CBD can potentially increase levels of Onfi (clobazam), increasing the risk of side effects. Again, per the prescribing information for Epidiolex:

"Coadministration of EPIDIOLEX produces a 3-fold increase in plasma concentrations of Ndesmethylclobazam, the active metabolite of clobazam (a substrate of CYP2C19). This may increase the risk of clobazam-related adverse reactions. Consider a reduction in dosage of clobazam if adverse reactions known to occur with clobazam are experienced when co-administered with EPIDIOLEX."

CBD (cannabidiol) is known to be metabolized by the metabolizing enzymes CYP3A4 and CYP2C19. Drugs that either inhibit or induce CYP3A4 or CYP2C19 could potentially affect how CBD is metabolized in the body.

The prescribing information for Epidiolex (cannabidiol) states the following regarding these enzymes:

As stated above, co-administration with a moderate or strong inhibitor of CYP3A4 can potentially increase CBD (cannabidiol) plasma concentrations, which may result in a greater risk of side effects.

Known strong inhibitors of CYP3A4 include:

Co-administration with a moderate or strong inducer of CYP3A4 can potentially decrease cannabidiol plasma concentrations, which may result in a lowered therapeutic effect:

Known strong inducers of CYP3A4 include:

There haven't been studies evaluating potential interactions with all the above drugs. They are more theoretical based on what we know about how they are metabolized and how they affect drug metabolism.

In addition to the potential interactions listed above, CBD may also interact with:

The above aren't thought to be as significant as the potential CYP3A4/CYP2C19 interactions but are important to be aware of nonetheless.

Be sure to ask your local pharmacist or doctor about using CBD with your current medications.

Question At a glance Answer What Is CBD? CBD With Anti-Epileptic Drugs CBD With CYP3A4/CYP2C19 Other CBD Interactions Final Words 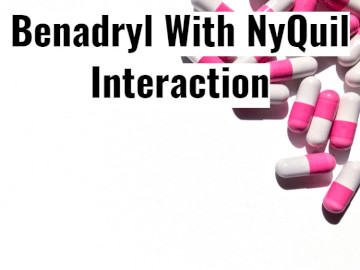 Can I take Benadryl (Diphenhydramine) and Nyquil together?​​
READ MORE 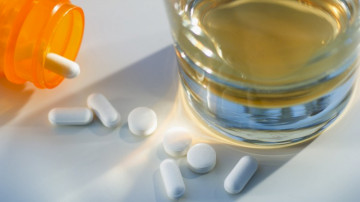 Can You Mix Benadryl And Alcohol?

I am wondering if you can mix Benadryl and alcohol together? Is it safe?
READ MORE 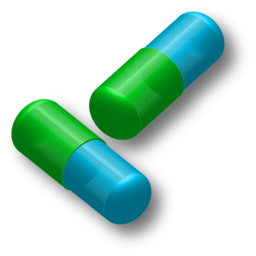