Can Amoxicillin Be Used To Treat Chlamydia?

In our latest question and answer, the pharmacist discusses whether or not amoxicillin is used to treat chlamydia infections. 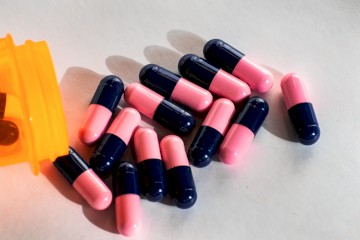 Hello, Can I take amoxicillin 1000mg once a day for 5 days to treat a chlamydia infection? Thanks and kind regards.

According to the 'Sexually Transmitted Diseases Treatment Guidelines' from the CDC (Centers for Disease Control), amoxicillin is not a recommended therapy for the treatment of chlamydia, at least not for most individuals.

There are two recommended regimens for the treatment of chlamydia infections:

If these drugs are not an option for you (e.g. due to an allergy), there are four recommended alternative treatments:

These recommendations are summarized in a chart below, provided by the CDC:

There doesn't appear to be much, if any, difference between azithromycin and doxycycline in terms of their effectiveness.

One 2002 study concluded the following:

"Azithromycin and doxycycline are equally efficacious in achieving microbial cure and have similar tolerability. Further head-to-head trials comparing these antibiotics are unnecessary."

Another study, completed in 2015, reported that doxycycline had a cure rate of 100% in their test subjects while azithromycin came in at 97%.

Does Amoxicillin Fit In Anywhere?

As stated, amoxicillin is not a recommended therapy for chlamydia infections.

This is because several studies have reported that penicillin-family antibiotics (which include amoxicillin) may not effectively eradicate a chlamydia infection, which may then persist after a course of antibiotics is completed (causing reinfection).

Azithromycin is still the preferred treatment during pregnancy.

However, the CDC states that amoxicillin is an option for pregnant women since doxycycline is contraindicated (i.e. should not be used) during the second and third trimester and quinolone antibiotics (e.g. levofloxacin and ofloxacin) may cause cartilage damage in infants.

If amoxicillin is used in a pregnant woman, the dose recommendation is as follows:

Recommendations for the treatment of chlamydia in pregnant women is summarized below in a chart provided by the CDC:

Question At a glance Answer Does Amoxicillin Fit In Anywhere?

Is Cipro Safe To Take To Treat A UTI?

For treatment of UTI symptoms, is it safe to take Ciprofloxin 750mg? I already took one tablet, but after reading online I am unsure whether to continue as it is recommended to take 250-500mg twice da...
READ MORE

Taking Omnicef With A Penicillin Allergy

Hello, my Dr. has prescribed me Omnicef for a sinus infection that is being stubborn and I am allergic to penicillin. I have previously taken cephalexin roughly 10 years ago with no side effects. Shou...
READ MORE 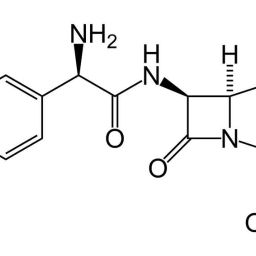