Adderall XR Vs. Mydayis: What Is The Difference?

In our latest question and answer, the pharmacist discusses the difference between Adderall XR and Mydayis.

How does Mydayis compare to Adderall?

Both Adderall XR and Mydayis are considered "mixed amphetamine salt" products and contain both amphetamine and dextroamphetamine. Specifically, both products contain the following ingredients:

While both products contain the same active ingredients, Adderall XR and Mydayis differ in strength and release mechanism. These differences result in both of these drugs having slightly different characteristics in terms of absorption, duration of action etc... Below we detail some of the key points for each drug and summarize the differences.

This two bead delivery system is sometimes termed "double-pulse" and is designed to deliver a dose quickly after administration and a dose later that is intended to prolong blood concentration levels of amphetamine.

Adderall XR beings to work 30 minutes to 1 hour after dosing and maximum concentrations in the blood are reached 7 hours after administration.

Adderall XR is available in the following strengths:

Adderall XR is available generically and is produced by a variety of generic manufacturers.

Similar to Adderall XR, Mydayis is an extended release amphetamine salt product but contains 3 types of drug beads versus the 2 that Adderall XR contains. Mydayis contains:

Mydayis was designed to deliver a consistent dose of amphetamine salts over a longer period of time than Adderall XR. More specifically, Mydayis may be a good option for those who found Adderall XR wears off too quickly (which sometimes necessitates a "booster" immediate release amphetamine salt dose during the day.)

The above graph illustrates the concentration of drug levels with Mydayis compared to Adderall XR plus immediate release amphetamine (i.e. booster dose) dosed 8 hours later. As you can see, Mydayis provides more consistent drug levels when compared to Adderall XR plus the "booster" amphetamine dose. Mydayis ideally prevents a "wearing off" effect and allows for once daily dosing.

Mydayis is only available as the brand name and is not available generically. Mydayis is available in the following strengths:

Mydayis is available in higher strengths (and is initially dosed higher) than Adderall XR as the contents are released over a longer period of time.

To summarize, both products are very similar, containing the same ingredients. However, Mydayis provides more consistent drug levels and lasts longer than Adderall XR in most cases.

Flonase Vs. Afrin: What Is The Difference?

What is the difference between Flonase and Afrin?
READ MORE 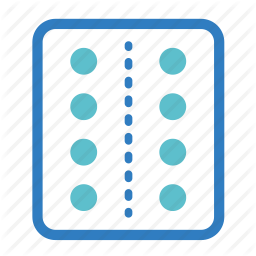 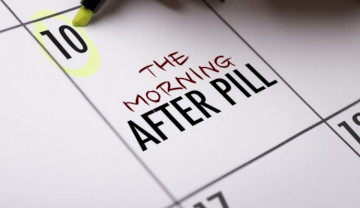 Preventeza Vs. Plan B: What Is The Difference?

I just saw an ad for Preventeza. Is that any different than Plan B?
READ MORE
View more questions