In our latest question and answer, the pharmacist discusses whether or not ginkgo biloba can safely be taken with Benadryl (diphenhydramine).

I take the herbal supplement ginkgo biloba every day. Can I take Benadryl with it?

Simultaneous use of ginkgo biloba and Benadryl is considered safe. No known drug interactions exist between the two medications.

Benadryl has the active ingredient diphenhydramine. It is an antihistamine medication that functions by competing with histamine for binding sites on cells throughout the body. Diphenhydramine will block histamine from binding to the H1 receptor on intestinal, respiratory, and blood vessel cells. This allows for constriction of blood vessels and prevents the release of inflammatory substances that are known to cause symptoms of allergic reaction.

Diphenhydramine provides relief of symptoms such as itching, redness, and inflammation by competing with histamine. Additionally, diphenhydramine can cause significant drowsiness and sedation. Diphenhydramine should be avoid in elderly patients greater than the age of 65. You should not take diphenhydramine while driving until you know how this medication affects you.

Ginkgo Biloba is a commonly used herbal supplement. The medicinally active components of ginkgo biloba are thought to be the terpene lactones and ginkgo flavones glycosides.

Ginkgo biloba has numerous mechanisms of action including changing neurotransmission in the brain and altering the secretion of naturally produced corticosteroids. Ginkgo may also cause vasodilation and exert other vascular effects.

Ginkgo is generally well tolerated but there is an increased risk of bleeding when taking ginkgo with other medications such as non-steroidal anti-inflammatory drugs (NSAIDs). It is important to notify your clinician if you are taking ginkgo biloba as it has potentially dangerous drug interactions and may significantly increase the risk of bleeding.

Can I take the nasal steroid Flonase (fluticasone) and Benadryl (diphenhydramine) together for runny nose and watery eyes?
READ MORE 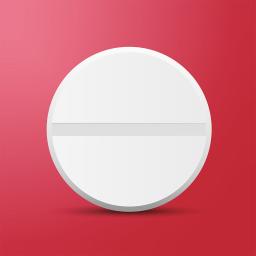 Taking Hydrocodone With Plan B

I just had surgery and I am currently taking Norco for the pain. If I take the plan B contraceptive while taking my pain medication, will it have any affect on one another?
READ MORE

Can I safely take my seizure medication, Carbamazepine 300mg at night and 75 mg of Benadryl (capsules) to help me all asleep and stay asleep? I have a very stressful job and often can't get the neede...
READ MORE
View more questions