Is Prednisone Safe To Take With Phenergan (Promethazine)?

In our latest question and answer, the pharmacist discusses whether or not there is a drug interaction between prednisone and Phenergan (promethazine). 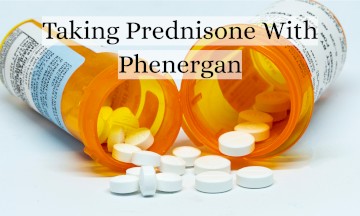 Hello and thank you for taking the time to reach out to us!

I'm sorry to hear that you are having to deal with some side effects from the prednisone that you are taking. Feeling jittery, anxious and having mood swings isn't all that uncommon with this drug, especially if you have been taking it for an extended period of time.

While Phenergan (promethazine) is not indicated or approved to be taken solely for the purpose of helping to decrease the severity of prednisone side effects, it could certainly help to calm you down since it has a fairly strong sedative effect (it is a sedating antihistamine after all).

The good news here is that no clinically significant drug interaction has been reported between prednisone and Phenergan (promethazine). They are considered to be safe to take together (unless there are any patient-specific contraindications).

I do want to point out that our own 'drug interaction checker', which pulls data from DrugBank, does list an interaction between these two drugs, and states:

The serum concentration of Prednisone can be increased when it is combined with Promethazine.

This interaction is only theoretical and is based on how each of these drugs interacts with a protein in our body known as 'p-glycoprotein'. P-glycoprotein is known as a 'transporter molecule' and, among other things, it transports drugs out of cells for elimination. It is even sometimes referred to as a 'drug pump'. It is a very important factor in the metabolism of many medications.

Now, not all drugs are affected by p-glycoprotein but if the actions of p-glycoprotein are altered in any way (like if another drug increases or decreases its activity), there is the potential for serious interactions.

However, multiple studies report that prednisone metabolism isn't overly affected by the actions of P-glycoprotein and promethazine is a very weak inhibitor of it. This is likely why there have not been any interactions between these two drugs reported or even seen clinically.

All in all, based on current information, these drugs don't appear to affect one another. 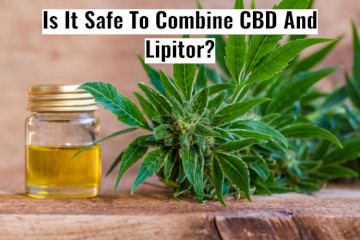 I have been looking at trying CBD oil. Looking around, I see where it may be a problem with the Atrovastatin 40mg that I take in the evening. I’d like to get off the Lipitor and get tested down the ro...
READ MORE 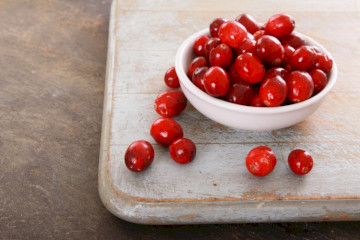 Safe To Take Medication With Cranberry?

I work in a memory care facility and we have a patient who's medication we are allowed to crush. The thing is that chocolate pudding is not working anymore. Would the medication lose its effect or get...
READ MORE 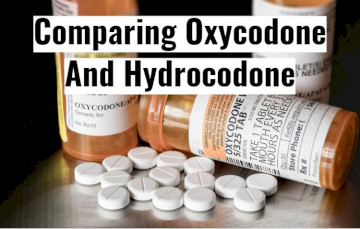 I'm prescribed 10mg Percocet a day, to take twice a day for lower back problems. I can't refill my medicine due to the holiday but I have a prescription of hydrocodone 7.5 mg that was left over from s...
READ MORE
View more questions