Ibuprofen Vs. Diclofenac: What Is The Difference?

In our latest question and answer, the pharmacist discusses the difference between two NSAIDs, ibuprofen and diclofenac.

What is the difference between ibuprofen and diclofenac

Ibuprofen (Advil, Motrin) and diclofenac (Voltaren) are nonsteroidal anti-inflammatory drugs (NSAID) that are commonly used to treat a variety of ailments including mild to moderate pain, headache, and fever. These medications are slightly different in their selectivity for COX-1 and COX-2, but overall are very similar.

Diclofenac is available in a variety of dosage forms including a variety of oral formulations, eye drops, and a topical gel.

Ibuprofen is not available as an eye drop or topical gel, but is available in a variety of oral formulations and as an injection.

NSAIDs work by inhibiting an enzyme known as cyclooxygenase (COX). There are two types of COX, known as COX-1 and COX-2. COX-2 has a more prominent in the inflammation cascade. Ibuprofen is considered non-selective and inhibits both COX-1 and COX-2. Drugs within the NSAID class differ based on the difference in selectivity, which can make a difference in the side effect profile and utility of these drugs.

Diclofenac, on the other hand, does have slightly more COX-2 inhibition than COX-1. The balance between COX-1 and COX-2 has an impact on the relative risk for gastrointestinal vs cardiovascular side effects. Theoretically, diclofenac may have more risk for cardiovascular side effects, but less gastrointestinal side effects. Diclofenac is still less selective than selective COX-2 NSAIDs like celecoxib (Celebrex). Patient specific factors including past history of cardiac or stomach issues may help with the choice of NSAIDs, especially if they must be used long-term.

Diclofenac is considered to have a longer duration of action than ibuprofen. Diclofenac generally lasts between 8 and 12 hours per dose. Ibuprofen on the other hand, lasts only 4 to 6 hours per dose.

All NSAIDs, including diclofenac and ibuprofen, can cause upset stomach, diarrhea, heartburn, and constipation (usually in less than 10% of patients). Also, caution is advised in patients with previous cardiac and GI conditions which may increase risk for worsening their condition. Additionally, caution should be taken while taking other blood thinners like warfarin, apixaban (Eliquis), clopidogrel (Plavix) or heparin products.

Ibuprofen is commonly used over-the-counter, but diclofenac in all formulations requires a prescription. Diclofenac gel (Voltaren) may be used for the treatment of osteoarthritis of the knees, hands, ankles, and feet.

Sudafed Vs. Sudafed PE: What Is The Difference?

What is the difference between Sudafed and Sudafed PE? I don't know which one will work better for me.
READ MORE 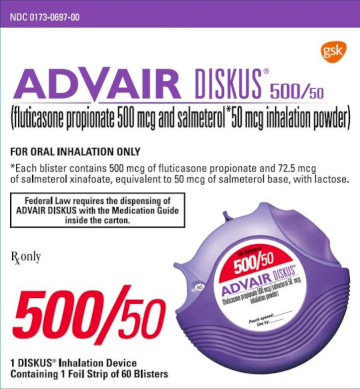 Advair Vs. Breo Vs. Trelegy: What Is The Difference?

I'm a nursing student in my first year in pharmacology. I was tasked with comparing Advair, Breo and Trelegy. Part of the class is to get feedback from other medical professionals and get their input...
READ MORE 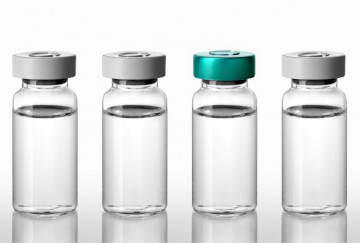 Humalog Vs. Admelog: What Is The Difference?

I have been on Humalog for years and been fine on it. My doctor just told me about Admelog, something new that is coming out. Is it better?
READ MORE
View more questions