Does Shingrix Cause Swelling?

In our latest question and answer, the pharmacist discusses whether or not the shingles vaccine Shingrix is associated with water retention or swelling.

Has anyone complained of water retention/mild ankle swelling after the first dose of Shingrix?

Shingrix is a sterile suspension vaccine intramuscular injection for the prevention of the varicella zoster virus, which causes shingles.

As the body ages it is more susceptible to many viruses, including herpes zoster. This appears to be related to a decline in the immunity to the varicella zoster virus, which is often developed during childhood when having the virus in the form of chicken pox or by receiving the Varicella vaccine. Shingrix has shown to boost a varicella zoster virus specific immune response.

According to clinical trial data common adverse reactions include:

In Summary, there have been no significant documentation of water retention nor ankle swelling as an adverse reaction after receiving the Shingrix vaccine. However, it is important to notify your doctor of any adverse reaction as it may be an inflammatory response related to pIMDs or information that should be documented for the future study of Shingrix.

It is important to complete the 2 dose immunization series according to the suggested schedule and the potential for adverse reactions are temporarily associated with the administration of Shingrix. 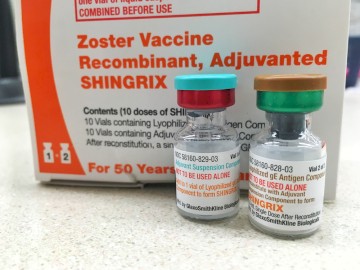 I saw your earlier answer to a question about the Zostavax shingles vaccine containing bovine ingredients. You stated "if you're looking to avoid animal-derived ingredients...Shingrix does not contain...
READ MORE 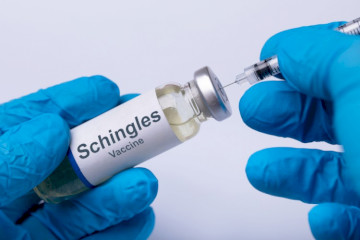 Is there any concern if the second shot of Shingrix was given SQ (subcutaneously) versus IM (intramuscularly)?
READ MORE 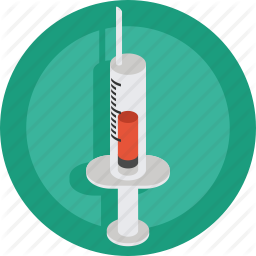 Can You Get The Shingles Vaccine If You Had Shingles Before?

Should you get Shingrix if you already had shingles?
READ MORE
View more questions