Can You Take Trulance And Linzess Together?

In our latest question and answer, the pharmacist discusses whether or not Linzess and Trulance can be taken together. 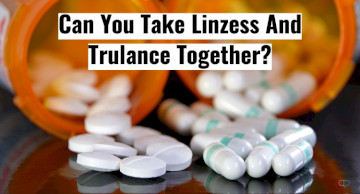 You are correct that Trulance (Plecanatide) and Linzess (Linaclotide) are in the same class of medication.

They have the same mechanism of action and although there no are direct comparison studies, they are thought to be similarly efficacious in treating constipation.

Additionally, the incidence of side effects is thought to be similar between the two medications but it certainly stands to reason that you may tolerate a particular one better than the other.

While guidelines for the treatment of constipation and irritable bowel do recommend drugs like Trulance and Linzess for certain individuals, none recommend combined therapy because it hasn't been studied.[1][2]

It is uncommon for drugs in the same class to be prescribed together since, in most cases, it simply increases the risk of side effects without an appreciable increase in efficacy. Nevertheless, it is done in certain situations.

Your gastroenterologist may have a good justification, or at least some sort of anecdotal evidence, that using both Trulance and Linzess will benefit you in your particular medical situation (even though there haven't been large studies evaluating their use together).

They have few (if any) notable drug interactions since they aren't well absorbed and are generally well tolerated, so using both isn't as big a risk as it would be when combining most other classes of medication (like opioids).

So, as an overall point, they aren't indicated to be used together by the FDA and studies haven't evaluated combined use. Therefore, whether or not you will benefit from both isn't well known.

Be sure to speak with the doctor who prescribed both you for. There certainly are many therapies for constipation that can be combined (e.g. Linzess and a drug like Miralax) but your doctor may have a rationale for your prescribed therapy.

In the next sections, I give some more information on Trulance and Linzess.

An increase in cGMP stimulates the release of both chloride and bicarbonate in the intestines, which in turn:[3]

Studies show that Trulance, overall, leads to an increase in stool frequency (on average 1-2 more per week) and likely reduces abdominal cramping and causes an overall decrease in pain.[4]

Trulance isn't absorbed systemically and therefore isn't thought to have any drug interactions. Additionally, it appears to be relatively well tolerated, with only a low incidence of diarrhea, headache and upper respiratory tract infections among participants in clinical trials.[5]

Like Trulance, Linzess is also a guanylate cyclase-C agonist and therefore, has the same effects (increase in intestinal fluid and an increase in GI movement).

Since it works the same way and is minimally absorbed, it also has no known drug interactions and is considered to be very well tolerated.

As mentioned, there are no direct comparison studies for Linzess and Trulance.

There have been review studies that have commented on both drugs, however.

One study concluded the following:[6]

Nearly every study states that the drugs are similar in terms of their safety and effectiveness although one, published in the journal Gastroenterology, reported that Linzess ranked first in efficacy in regard to improved abdominal pain, and complete spontaneous bowel movements.[7]

Other studies report that Trulance may have a lower risk of diarrhea as a side effect and the prescribing information for Linzess does report it occurring more often (20% incidence rate for diarrhea for Linzess vs. 5% for Trulance).

Nevertheless, without true comparison studies, it is difficult to say which (if either) is better in terms of effectiveness or tolerability.[8]

To answer your question directly, it's tough to say whether Trulance And Linzess can be used together.

In most cases, they would not be for all the reasons discussed above but again, your doctor may have a good reason for it.

If anything, they are both well tolerated and taking both shouldn't cause major side effects. It just isn't known how effective combined use will be.

Be sure to discuss your concerns with your doctor.

Hello. I am currently taking Microgestin 1/20 FE tabs (been between Microgestin and Junel for about 3 years) and just began a cycle of dicyclomine 20mg afternoon and night (with meals — for my acute I...
READ MORE 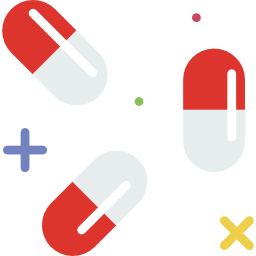 I am taking Losartan 100mg daily along with Carvedilol 6.25 mg twice a day for high blood pressure. My doctor wants to add a third medication, Metoprolol XL 25 mg daily. Is this safe to combine two B...
READ MORE 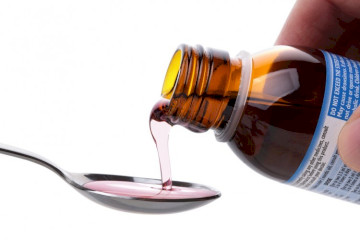