Can You Take Expired Effexor XR?

In our latest question and answer, the pharmacist discusses whether or not you can take expired Effexor (venlafaxine).

Can I take Effexor that has expired?

In most cases, it is not recommended to take expired drugs (past the manufacturer expiration date).

The main concern is that the medication (Effexor in this case) may not have the same effectiveness or potency it once had when it was in date.  In other words, you don't know whether or not the medication is still good and it often is impossible to tell simply by looking at it.

For an antidepressant like Effexor, it is extremely important that the medication you are taking is safe and effective. When it has expired, it can no longer be guaranteed to have the potency it once did.

What Happens When Drugs Expire?

The official definition of the manufacturer's expiration date is as follows:

Manufacturers typically use 2- to 3-year expiration dates because it is convenient. Putting these expiration dates on drugs mean they don't need to perform longer stability tests...and the short dating assures the purchase of new drugs. Drug manufacturers may not exactly know that in 2-3 years the drug is no longer good, they just don't have data for longer periods of time.

It is important to note that most drugs don't actually go "bad" in terms of causing adverse reactions specifically due to drug degradation. Expired drugs, like Effexor, may simply have lost potency and thus will not have the desired effect as mentioned above.

Harm from taking expired drugs is extremely rare and has only been linked to degraded tetracycline. There are rare reports of kidney damage in patients who took outdated tetracycline in the 1960s.

Having said all of the above, most data suggests that it takes a significant amount of time for a drug to lose a large percentage of its original potency. One of the largest studies in this regard was sponsored by the FDA in the 1980's.

The FDA (Food and Drug Administration) did a study testing the potency of expired drugs the military had on hand. They found that the vast majority of drugs had around 70-80% potency after 10 years if stored in the original container!

In regard to Effexor, your medication is most likely safe to take and may provide similar effectiveness to non-expired products. There is just no way to definitively know and it is a risk that you should not take due to the serious consequences of taking Effexor that is no longer as potent as it once was. It could provide less benefit and more seriously, precipitate withdrawal due to under-dosing.

In addition, there could be other factors in play beside just the expiration date. The longer the medication is out of the well-controlled storage conditions of a distributor or pharmacy, the more likely it has been exposed to non-ideal conditions such as high temperatures or humidity, all of which can hasten medication degradation.

It is advised that you speak with your doctor or pharmacy if you have run out of your Effexor and get your prescription refilled or renewed by your doctor.

Can You Take Expired Cialis? 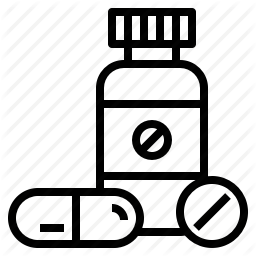 I have a prescription for a sinus infection for the antibiotic levofloxacin. I accidentally left it in my car overnight and part of the day with temps in the 10’s and 20’s (below freezing). Is it st...
READ MORE 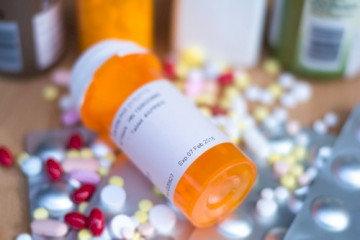 Expiration Date For Drugs: First Or Last Day Of The Month?

If a medication's expiration date is May 2018, such as with albuterol, does it expire May 1st or 31?
READ MORE
View more questions