In our latest question and answer, the pharmacists discusses a potential drug interaction between Gleevec and apple cider vinegar. 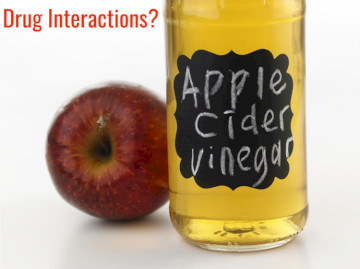 I take 400 milligrams of Gleevec a day for CML leukemia. Is it okay to take apple cider vinegar pills? Or will it interfere with my Gleevec medication?

While there isn't much research available regarding drug interactions with apple cider vinegar, it isn't known to interact with Gleevec (imatinib). They should be safe to take together but be sure to let your doctor know that you plan on combining them so you can be appropriately monitored.

Since there haven't been really any studies to speak of evaluating the risk of drug interactions with apple cider vinegar, we can do some investigating on a few key mechanisms behind them to make some well-informed guesses on whether any exist.

The two areas we will look at in regard to apple cider vinegar drug interactions are:

First, let's look at the potential effects of pH alterations on Gleevec since it is well established that the absorption and metabolism of many drugs can be influenced by pH levels in the stomach and urine.

As apple cider vinegar causing 'acidification' of the stomach contents and urine (it is vinegar after all!), we can certainly infer a variety of potential drug interactions.

There are some well-known drug interactions with urine acidifiers. Two such examples are with:

Drugs or supplements that acidify the urine, like apple cider vinegar, should generally be avoided in people who are taking salicylate drugs over a long period of time. A decrease in urine pH (i.e. more acidic) can increase reabsorption of salicylic acid, increasing overall concentrations in the blood. This has the chance to increase side effects.

Just as an increase in acid concentration can increase reabsorption of aspirin, urine that has a high pH (I.e. more basic, less acidic) causes a decrease in absorption and is a potential treatment of aspirin overdose. Several studies have investigated this, especially with drugs like sodium bicarbonate.

Methadone is a commonly used opiate drug, often utilized in withdrawal and maintenance programs. It can be used simply for pain relief as well.

Taking methadone with drugs that acidify the urine can increase the elimination of methadone, and thus, lower methadone concentrations in the body. Several studies have demonstrated this, including this one published in the Journal of Clinical Pharmacology & Therapeutics.

Gleevec absorption, metabolism, and elimination aren't known to be affected by acidic foods or drugs. Therefore, the intermittent use of apple cider vinegar shouldn't interfere with it.

The prescribing information for Gleevec actually lists only one food-related drug interaction, and that is with grapefruit juice.

It is recommended to avoid grapefruit juice with Gleevac since it can inhibit the metabolizing enzyme CYP3A4. Inhibiting CYP3A4 can cause a decrease in the metabolism of Gleevac, increasing the risk of side effects. The prescribing information states this explicitly:

"Grapefruit juice may also increase plasma concentrations of imatinib [Gleevec] and should be avoided."

Going back to apple cider vinegar, there is nothing to indicate that it affects any metabolizing enzyme, including CYP3A4.

Taking Gleevec with food (aside from grapefruit) is actually recommended to decrease the risk of GI irritation.

There are few known interactions with apple cider vinegar, but the ones that have been reported on include:

This is more of a drug-disease interaction as some studies show that apple cider vinegar can reduce blood glucose levels, as well as slow down how quickly food is released from the stomach.

Therefore, taking apple cider vinegar with drugs that decrease blood sugar (such as ones for the treatment of diabetes) could potentially increase the risk of hypoglycemia (low blood sugar).

These two are lumped together because they may be affected by a decrease in blood potassium levels (i.e. hypokalemia). Several studies suggest that apple cider vinegar may cause hypokalemia and cause problems with certain drugs.

As stated at the beginning of this article, research is scarce when it comes to apple cider vinegar interactions and many that are referenced in publications are purely theoretical based on its properties. Nevertheless, there doesn't appear to be an interaction with Gleevec.

Can you take tramadol and hydrocodone together?
READ MORE 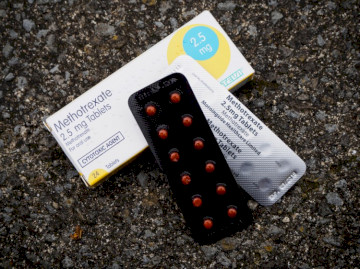 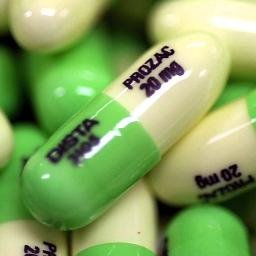 Is there a best time of day to take Prozac? I can't take it in the morning because that's when I take my thyroid medication.
READ MORE
View more questions