Will You Get Your Period After Taking Ella?

In our latest question and answer, the pharmacist discusses whether or not taking ella can cause a delay in getting your period.

I had unprotected sex during my ovulation days, then I took an Ella tablet two days after. Now, my period is late for two days. I have no pregnancy symptoms. Should I take a test? Can I get pregnant?

Ella, an emergency contraceptive, can cause changes to your usual menstrual cycle, which includes experiencing early or late menses. Per the prescribing information for Ella:

"After ella intake, menses sometimes occur earlier or later than expected by a few days. In clinical trials, cycle length was increased by a mean of 2.5 days but returned to normal in the subsequent cycle. Seven percent of subjects reported menses occurring more than 7 days earlier than expected, and 19% reported a delay of more than 7 days. If there is a delay in the onset of expected menses beyond 1 week, rule out pregnancy. Nine percent of women studied reported intermenstrual bleeding after use of ella."

So, almost 20% of individuals who take ella will have their menses delayed by more than 7 days. As per the prescribing information, a pregnancy test should be taken if you are more than 7 days late getting your period. A late period (or not getting it at all) doesn't mean you are pregnant, but it should just should be ruled out.

Ella works differently than other emergency contraceptives, such as Plan B. While Plan B delivers a high dose of the progestin levonorgestrel, ella binds to the progesterone receptor, and prevents progesterone from binding. This works to delay or inhibit ovulation (release of an egg).

Ella has the greatest efficacy if taken within 5 days of unprotected sex. While it does reduce the chances of becoming pregnant, pregnancy is still possible. Therefore, if your menses is more than 7 days late, it is important to take a pregnancy test.

There are two important points to know about ella after you have taken it:

What To Do If You Miss 2 Birth Control Pills

I’m currently taking birth control, and missed my Wednesday and Thursday pills (two doses). On Friday, I got my new pill pack and took one in the morning and one at night. On Saturday, I took my pill...
READ MORE 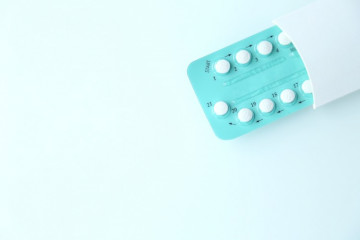 Can Norethindrone Cause You To Miss Your Period?

Hi there. I am 20 years old and I am currently on the mini-pill (norethindrone tablets, 0.35mg). When I first started to take these birth control pills in the beginning of this year, I experienced...
READ MORE 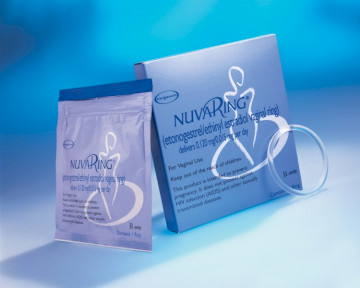 How much estrogen and progesterone is in the Nuvaring? Does it affect people differently from the combo pill?
READ MORE
View more questions