When To Take Hydrocodone After Valium

In our latest question and answer, the pharmacist discusses when it would be considered safe to take hydrocodone after Valium (diazepam).

If I take a diazapm at 10pm, can I take a hydrocodone at 8 am along with a methacarbomal?

Taking Valium (diazepam) and hydrocodone generally isn't recommended due to the risk of serious side effects such as excess sedation and respiratory depression. In fact, the FDA in August 2016 released a safety communication warning of the dangers when combining opioids, like hydrocodone and benzodiazpines, like Valium.

"A U.S. Food and Drug Administration (FDA) review has found that the growing combined use of opioid medicines with benzodiazepines or other drugs that depress the central nervous system (CNS) has resulted in serious side effects, including slowed or difficult breathing and deaths"

While sometimes the combination may be necessary for a patient, doses of Valium and hydrocodone should be initiated at the lowest effective doses and minimum treatment duration needed. In addition, patients should be aware of symptoms of side effects such as:

How Long To Separate Valium And Hydrocodone

If you have been prescribed both hydrocodone and Valium, it may be prudent to separate doses by as long as possible to avoid the additive side effects of each. Each dose of Valium lasts around 4 to 12 hours depending on the individual. Ideally, you should wait at least 4 to 12 hours after taking Valium to take hydrocodone to lessen additive sedation, but this will not completely avoid the interaction.

Valium has an extremely long half life, around 30 to 60 hours. Active metabolites of Valium have an even longer half-life, closer to 100 hours. The half-life of a drug is how long it takes for 50% of a drug to be metabolized in the body. It generally takes around 5 to 6 half-lives for a drug to be completely eliminated in the body. Therefore, Valium can be detected in the body in most individuals for nearly a week, if not longer!

The general recommendation for combined use of benzodiazepines and opioids to initiate the dose of the additive agent at the lowest possible dose and titrate (i.e. increase) to clinical effect. In addition, it is important to be educated about the risks and symptoms of respiratory depression and sedation.

Adding on additional CNS depressant medications, such as muscle relaxants, is generally not recommended. Benzodiazepines often have muscle relaxants effects and can sometimes be used solely for that. Muscle relaxants will just enhance the sedative and potential respiratory effects. Although the use of an opioid, benzodiazepine and muscle relaxant wouldn't be unheard of, you need to be aware of the risks and speak with your doctor about optimal drug therapy for your situation. 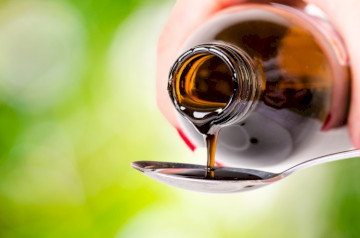 I started with my first dose of Azithromycin today, two 250mg around 6hours ago. Can I take Nyquil tonight before bed.
READ MORE

Can I take bendaryl and Cymbalta (60mg)?
READ MORE 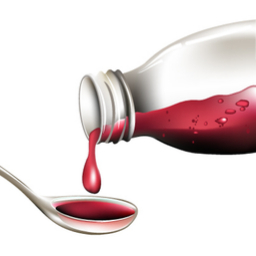 Can You Take Benadryl With Delsym?

Can I give my 6 year-old Benadryl and Delsym in the same hour?
READ MORE
View more questions