Our pharmacist answers the latest question regarding a new medication for diabetes, Trulicity. 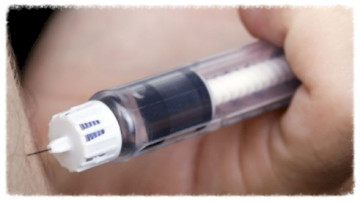 Can you tell me a little bit about the new diabetes drug Trulicity?

Trulicity (Dulaglutide) is the new prescription injectable drug for treatment and management of diabetes. It is in a class of drugs known as GLP-1 agonists. They are growing in popularity  because they can lead to weight loss and they rarely cause blood sugar to go too low, a common problem with oral medications for diabetes. Other drugs in the GLP-1 agonist class include Byetta, Bydureon, Tanzeum, and Victoza.

Below is some information about Trulicity you may find helpful:

Trulicity is a prescription medicine used as an add on treatment for diabetes. It is the latest in a class known as glucagon-like peptide-1 (GLP-1) receptor agonists.

How Does Trulicity Work?

Trulicity binds and activates the GLP-1 receptor in the body. GLP-1 is an important glucose (sugar) regulator that is released after you eat carbohydrates or fats. In patients with type 2 diabetes, GLP-1 concentrations are very much reduced compared to non-diabetic patients. GLP-1 enhances insulin secretion therefore helping lower sugar levels. In In addition to increases in insulin secretion and synthesis, GLP-1 is known to suppress glucagon (a hormone that raises glucose) secretion, slows how fast foods leaves the stomach causing people to feel "full" for longer periods of time.

How should I use Trulicity?

Use Trulicity exactly as your healthcare provider tells you to use it.  The usual dose is  0.75 mg SC, with or without meals, once weekly. Dose can be increased to 1.5 mg once weekly, if needed for better glucose control.

It comes as a once-weekly single-dose pen. See the video below for instructions on how to use the Trulicity pen.

How much weight can I lose using Trulicity?

While Trulicity isn't prescribed for the sole reason of weight loss, it does appear that most patients can expect to see some sort of weight loss while using the medication.

In one 26 week study, patients lost an average of 1.3 kilograms (~2.8 pounds). When comparing weight to patients taking a placebo, patients on Trulicity had a weight difference of 2.5 kilograms (5.5 pounds) less than patients not taking Trulicity.

What are the possible side effects of Trulicity?

The most common side effects to Trulicity are:

The class of medications that Trulicity is in as a whole has a possible link to problems with the pancreas.

In March 2013, the FDA announced that it is evaluating unpublished findings that suggest an increased risk of pancreatitis and pre-cancerous cellular changes in patients treated with drugs such as Byetta, Victoza and Trulicity. In February 2014, the FDA and EMA stated that after reviewing a number of clinical trials and animal studies, the current data does not support an increased risk of pancreatitis and pancreatic cancer in patients receiving these drugs. It is probably prudent to consider precautions related to pancreatic risk until more data are available. After initiation and dose increases, patients should be observed carefully for signs and symptoms of pancreatitis (including persistent severe abdominal pain, sometimes radiating to the back and which may or may not be accompanied by vomiting).

How Much Does Trulicity Cost?

The price of Trulicity will depend on what you insurance company covers. If you were to pay out of pocket for the medication, it would cost about $500 a month.

How should I store Trulicity?

If needed, each single-dose pen or prefilled syringe can be kept at room temperature, not to exceed 86°F (30°C) for a total of 14 days.

TRULICITY must be protected from light.

What would happen if someone was given a long lasting insulin like Levemir accidentally in addition to the daily dose of Levemir for a week instead of any short acting insulin? What would the meter...
READ MORE 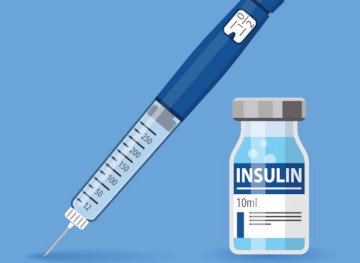 How Long Does It Take For Admelog To Reach Peak Concentrations?

When do concentrations of Admelog peak?
READ MORE

I take 60 units of Humulin 3 times a day and 60 units of Lantus 2 times a day. How much Toujeo would I take to be equal both of the ones I take now?
READ MORE
View more questions