In our latest question and answer, the pharmacist discusses whether or not the nasal decongestant Sudafed (pseudoephedrine) can safely be taken with Lexapro (escitalopram).

Fortunately, Lexapro (escitalopram) is safe to take with most nasal decongestants and there is likely a safe and effective option for you to use. You are likely to get the most benefit from Sudafed (pseudoephedrine). Sudafed is safe to take with Lexapro as there is no drug interaction between the two medications.

There are four commonly used nasal decongestants over the counter that have no interaction with Lexapro and are safe to use. They are:

Sudafed (pseudoephedrine) is likely the most effective nasal decongestant over the counter and it is safe to use with Lexapro. Sudafed works by shrinking swollen nasal membranes to relieve nasal congestion. Sudafed also acts to increase nasal airflow and drainage of sinus secretions.

While Sudafed is generally safe to use in most individuals, there are some contraindications (such as uncontrolled high blood pressure) so it would be prudent to speak with your doctor or pharmacist to make sure use of Sudafed is appropriate in your situation.

Sudafed PE (phenylephrine) is also safe to take with Lexapro and there is no drug interaction between the two. However, Sudafed PE, for most people, is not as effective as Sudafed.

Your other options include nasal sprays such as Afrin and saline sprays. Afrin is effective but cannot be used for more than 2 to 3 days continuously due to the risk of rebound congestion. Saline sprays can be used as often as needed.

Taking Concerta And Vyvanse Together

Can you think of any downsides to combining Vyvanse and Concerta if the person (diagnosed with ADHD and under a psychiatrist’s care) responds well to both stimulants independently? The issue is tha...
READ MORE

I accidentally took Nytol (also known as Benadryl) instead of my Ritalin this morning, can I still take my Ritalin dose?
READ MORE 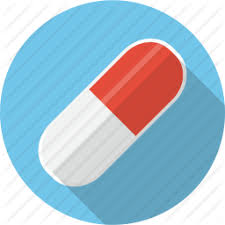 Can You Take Zyrtec And Zyrtec-D Together?

Is it ok to take a Zyrtec-D and a Zyrtec in the same day?
READ MORE
View more questions