In our latest question and answer, the pharmacist discusses whether or not phentermine interacts with Adderall (amphetamine salts).

I am wondering if there is an interaction between phentermine and Adderall? Are they safe to take together?

There is a significant interaction between phentermine and Adderall (amphetamine salts). In the vast majority of cases, they should not be taken together.

Both phentermine and Adderall are stimulant medications, classified as sympathomimetics. They have very similar effects on the body, such as increasing the amount of various neurotransmitters in the brain, such as dopamine and norepinephrine.

Taking more than one sympathomimetic drug, such as phentermine with Adderall can greatly increase the risk of serious cardiovascular and central nervous system side effects such as high blood pressure, increased heart rate and irritability.

Below, we discuss additional information about both drugs.

Adderall is a mixture of both amphetamine and dextroamphetamine salts and is used mainly to treat attention-deficit hyperactivity disorder (ADHD).

Adderall works stimulating the release of neurotransmitters such as dopamine, norepinephrine and serotonin. It is available as both an immediate release tablet and extended release capsules (Adderall XR).

Phentermine chemically similar to amphetamine and also has a similar mechanism of action. In fact, it is commonly described as have "amphetamine like" effects on mood.  It is commonly used for weight loss, in conjunction with diet and exercise. Phentermine is relatively long lasting and should be dosed in the morning to prevent sleeping problems at bedtime.

As discussed above, phentermine should not be used with Adderall due to the potential of additive side effects. Using both together can significantly increase the risk of increased heart rate and blood pressure. 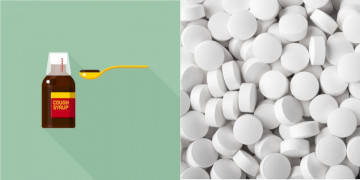 Interaction Between NyQuil Cold And Flu And Lexapro (Escitalopram)

Can I take NyQuil Cold And Flu with Lexapro 10mg?
READ MORE 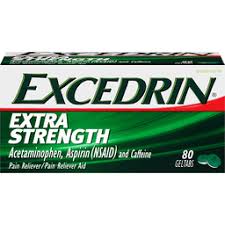 Is it safe to use Benadryl and Excedrin together?
READ MORE
View more questions