Our pharmacist answers the latest question regarding taking naproxen and ibuprofen while on high blood pressure medicine.

I have high blood pressure and I was told to avoid ibuprofen and naproxen. I have always used these for headaches and general pain. Why can't I take them?

While the increases in actual blood pressure are typically small, NSAIDs are known to cause an increase risk in cardiovascular events, especially in those with other risk factors. One common misconception is that is OK to take NSAIDs if blood pressure is well controlled. Multiple studies have shown that NSAIDs raise blood pressure MORE in patients taking blood pressure medications vs. those NOT taking medications. There have been multiple mechanisms suggested as to why NSAIDs affect blood pressure including alterations in sodium and water retention in the kidney, inhibition of vasodilating compounds and the productions of compounds that cause vasoconstriction.

Comparing all of the over the counter NSAIDs, it appears that naproxen is the safer choice when it comes to blood pressure and cardiovascular disease. Naproxen however is more dangerous in those with kidney disease. NSAIDs should be particularly avoided in those taking ACE-Inhibitor medications (blood pressure medicines that end in "pril") due to the possibility of reduced kidney function. The risk of cardiovascular complications usually increases with higher doses and longer durations. While there is no definite evidence that one NSAID is better than another, it appears that the HIGHEST risk is associated with Celebrex and diclofenac. Both of these NSAIDs are prescription only.

If NSAID use cannot be avoided, or if it is specifically prescribed by your doctor, you want to use the smallest dose possible for the shortest period of time. If you must use NSAIDs for an extended period of time and are taking a medication for blood pressure, it is very important to monitor your blood pressure numbers. Also, if you take daily aspirin for heart attack prevention, it is important to take aspirin at least 1 hour before taking the NSAID medication. Otherwise, NSAIDs can affect how the aspirin works. Also, the use of NSAIDs and aspirin at the same time can significantly increase the risk of stomach bleeding and ulcers. They may also increase the risk of reduced kidney function. 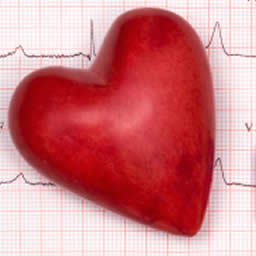 I am 65 yrs old;  5ft, 11in and weigh 168 pounds. I have gone through two cardioversions and two ablations--each a year apart--for my A-fib which began 3 years ago. I also have a slightly leaky heart...
READ MORE 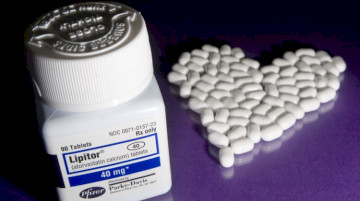 Can You Cut Lipitor (Atorvastatin) In Half?

I have been prescribed Lipitor (atorvastatin) 20 mg for hereditary high cholesterol. I have taken 4 nights in a row and have a terrible headache in the morning. I missed a tablet 2 nights in a row an...
READ MORE