There is potentially a major interaction.

Can I take Diflucan (fluconazole) 150 mg with Lipitor (atorvastatin) 10 mg?

There is potentially a major interaction between Lipitor (atorvastatin) and Diflucan (fluconazole). In general, it is not recommended to take these drugs together without approval from your doctor and it is prudent to discuss possible alternative treatment options.

Lipitor (atorvastatin) is metabolized by CYP3A4, a major metabolizing enzyme in the body (1). Diflucan (fluconazole) is a CYP3A4 inhibitor (2).

Co-administering Lipitor with CYP3A4 inhibitors (like Diflucan) can increase concentrations of Lipitor, due to decreased metabolism, which increases the risk of side effects, such as developing rhabdomyolysis and renal failure (3).

Rhabdomyolysis is arguably the most serious and clinically significant side effect of 'statin' medications like Lipitor. The risk of rhabdomyolysis exists with Lipitor alone but is further increased when co-administered with medications that inhibit metabolism/elimination.

The risk of rhabdomyolysis should be weighed carefully versus the benefits of combined Lipitor and fluconazole therapy.

What To Look For

If you are prescribed both Lipitor and Diflucan together, it is important to contact your prescriber immediately if you experience any of the following:

Diflucan is considered an 'azole' anti-fungal medication and although it is known to inhibit CYP3A4, it is commonly classified as only a 'moderate' inhibitor. Other 'azole' anti-fungals are generally thought to be riskier than Diflucan in terms of drug interactions.

In fact, many sources state that single doses of Diflucan (commonly used for yeast infections) don't put most individuals at significant risk of side effects (4, 5, 6).

Nevertheless, there are some studies that suggest it is prudent to lower your dose of Lipitor temporarily (e.g. to a max of 20 mg) if you are going to be taken Diflucan (7, 8) to decrease the risk of side effects.

As every individual's situation is unique, it is important to speak with your doctor regarding your treatment options and what to do if you are prescribed both together.

Lipitor (atorvastatin) is a selective, competitive HMG-CoA reductase inhibitor, used to lower cholesterol and triglycerides as well as reduce inflammation in the cardiovascular system. It is indicated for:

Lipitor should be taken at same time each day, at any time of day, without regard to meals. However, it is important to avoid grapefruit juice as it can cause increases in drug concentrations.

Fluconazole is a synthetic antifungal agent of the triazole class and is available in both oral and intravenous dosage forms. It is one of the most commonly prescribed drugs for the treatment of vaginal yeast infections.

Fluconazole can be administered without regard to meals.

Taking Lipitor with Diflucan can potentially increase the risk of a rare but serious side effect: rhabdomyolysis.

The combination is used in some situations but it is important to be aware of certain side effects (e.g. muscle pain) and seek medical attention if they occur. 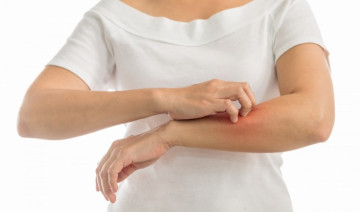 Allegra Vs. Claritin: Which Is Better For Itching?

Will fexofenadine stop itching all over the body, better than loratadine?
READ MORE

Can you half Ceftin tablets? What are the incidence of cross reaction to penicillin with this or Keflex.
READ MORE 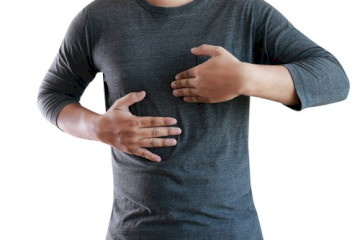 Can You Take Prilosec and Nexium together?
READ MORE
View more questions