In our latest question and answer, the pharmacist discusses the interaction between the SSRI Lexapro (escitalopram) and Nyquil.

Can you take Nyquil with Lexapro? I heard there is an interaction but I need something for cough.

There is an interaction between Nyquil and Lexapro (escitalopram), considered to be major by most medical sources. Due to the interaction, it is recommended to avoid combining the two medications.

Nyquil is a combination cough/cold medication that contains the following ingredients:

The ingredients in Nyquil help to relieve common cold and flu symptoms such as pain, sore throat, fever, cough, post nasal drip and congestion. Doxylamine, is an antihistamine similar to Benadryl and causes sedation about 15-30 minutes after administration. It should be noted that there are a variety of different Nyquil products including Nyquil Cough and Nyquil Severe. However, the ingredient we are concerned about is the cough suppressant, dextromethorphan.

Lexapro (escitalopram) is an antidepressant classified as a SSRI (Selective Serotonin Reuptake Inhibitor). It works by blocking serotonin reuptake in the brain and also increases the amount of serotonin released by neurons. The net result is an increase in serotonin in the brain, a neurotransmitter thought to play a major role in treating depression.

SSRI medications, such as Lexapro, are effective in the treatment of a variety of indications including depression, anxiety and other mood disorders. As with all medications, you need to be aware of potential interactions with Lexapro, especially with other medications that could potentially affect serotonin.

Dextromethorphan, the cough suppressant in Nyquil, is known to have mild serotonergic properties. Studies aren't conclusive in regard to what doses provide serotonergic effects, but multiple case studies have been published with dextromethorphan precipitating what is known as 'serotonin syndrome' in patients who are also taking other drugs affecting serotonin.

Serotonin syndrome is a rare, but serious condition that is characterized by the following symptoms:

To decrease the risk of serotonin syndrome while on Lexapro, it is recommended to avoid over the counter dextromethorphan and find alternative therapies such as cough drops, expectorants (e.g. Mucinex) and humidifiers.

I accidentally took Nytol (also known as Benadryl) instead of my Ritalin this morning, can I still take my Ritalin dose?
READ MORE 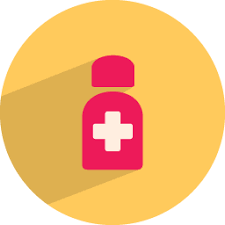 Can my daughter who is right months take Zarbee's cough and mucus with sulfamethoxazole; trimethoprim?
READ MORE 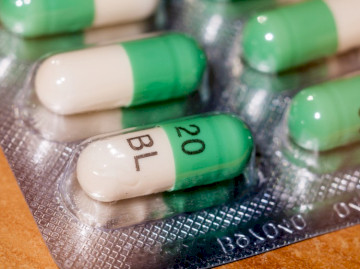 Do Prozac Side Effects Come Back With Increased Doses?

Will increasing my dose of Prozac make side effects return? I started taking a 10mg dose 2 weeks ago. The side effects were mainly gastrointestinal for me. My first week was the worst week, then they...
READ MORE
View more questions