There are many factors to consider. 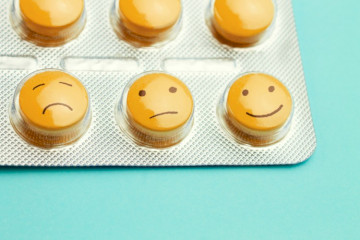 I was on Cymbalta for multiple years. I took a trip 2 weeks ago and forgot it. I decided to see what would happen if I went cold turkey from the two low doses per day. I seem fine. My wife, tonight said I was more argumentative and somewhat more forgetful. After almost 3 weeks without Cymbalta, should I restart?

After not taking Cymbalta (duloxetine) for three weeks, we can be fairly confident that the actual drug is no longer in your system in any appreciate amount.

However, even though the drug isn't in your system anymore, there is a good chance you may still be experiencing withdrawal symptoms.

The concern with potential withdrawal symptoms has more to do with the structural changes in the brain from your antidepressant therapy, which takes time to adjust after medication changes.

In terms of restarting your therapy, there is no single agreed upon method.

Some individuals respond well to restarting the dose they were previously taking, while others may experience side effects. Your best resource will be your doctor as they can recommend the most appropriate dosing schedule for your particular situation.

A more pertinent consideration when talking about the stopping antidepressants is the withdrawal that can be experienced.

Antidepressant withdrawal isn't completely understood, but is thought to be due to altered brain chemistry from your antidepressant therapy.

One study describes it as follows:

Presumably, the discontinuation syndrome [from antidepressants] results from neurophysiologic readjustment in the central nervous system to compensate for the pharmacologic activity of the SSRI.

Abrupt discontinuation of Cymbalta puts you more at risk for these symptoms.

Therefore, gradual tapering is recommended during discontinuation to decrease potential withdrawal symptoms. This allows time for our brains to slowly adjust to your decreasing doses of medication.

Tapering protocols will vary by individual. With drugs like Cymbalta, one source recommends decreasing slowly, reducing your dose by 25% every four to six weeks.

Cymbalta (Duloxetine) is an antidepressant, belonging to the Serotonin-Norepinephrine Reuptake Inhibitor class.

SNRI medications work by inhibiting the reuptake of both serotonin and norepinephrine and are often referred to as a 'dual' inhibitors.

Cymbalta has been shown to be effective in treating symptoms of depression as well as painful neuropathy due to the effects on norepinephrine.

Like most antidepressants, Cymbalta can take 4 to 12 weeks to reach full effect and should be taken consistently.

Cymbalta is generally dosed once to twice daily and can be administered without regard to meals.

Question At a glance Answer Cymbalta Withdrawal About Cymbalta

Can Effexor (Venlafaxine) Cause Hair Loss?

How To Taper Off Zoloft (Sertraline)

​Hello, I've been on 50 mg Zoloft for 3 months and then decreased to 25mg for one month. The only side effect I had was a banging headache for the first week I was decreasing . I want to go off the dr...
READ MORE

How To Taper Off Abilify

What is the safest way to taper off of 2mg Aripiprazole? Both my primary care and psychiatrist are now out of network, and I am experiencing negative side effects and can also no longer afford it due...
READ MORE
View more questions