In our latest question and answer, the pharmacist discusses the legal aspects of filling controlled substance prescriptions early in California.

I had a question regarding refills. I live in CA and I’m on buprenorphine. I get 60 tablets BID. My pharmacy I go to (that my doctor prefers) will sometimes fill it several days before the 30 days is up and sometimes they’ll say well over 30 days. I’ve been using them for almost a year now and the owner has said it can be filled several days before the 30 day mark. I don’t like to wait till the 30 day mark because I have 2 children, work full time and just busy. What is the the law on refilling?

The DEA, and most states, have fairly well defined rules on how prescriptions for Schedule II drugs like oxycodone and morphine can be refilled (they can't unless with a new prescription). The same can't be said for medications like buprenorphine, and other drugs classified as Schedule III, IV, and V controlled substances.

The reality is, for most states, including California, there aren't hard and fast rules for how early a C-III, C-IV, or C-V script can be filled. The only well-established rule is that a patient can't get more than 6 fills in 6 months. This means a 30-day supply initially, then 5 refills of 30 days each, or a 90-day supply with 1 refill of 90 days.

The rest is left vague to give pharmacists some discretion and flexibility, relying on the pharmacist's professional judgment as to what's appropriate. If your pharmacy has a policy of allowing fills several days before the 30-day mark, then you should believe them!

Pharmacists are generally very cautious with controlled drug refills, particularly when patients request early refills every month. But there's a difference between a regular patient on a maintenance medication like buprenorphine and someone who may be trying to manipulate the system.

Let me give you an example. Say you fill your script on April 1st for a 30-day supply of buprenorphine. Your next due date would be May 1st, the day you no longer have any medication left. That can present all sorts of potential problems for you, because unlike a patient who runs out of Lipitor, you not getting your medication can result in withdrawal symptoms developing.

So instead, you ask your pharmacist to fill your medication on April 28th, to make sure you have your medication when the current fill runs out. They oblige, because that's a reasonable request and doesn't exceed their policy. The due date, however, doesn't change...that's still May 1st. So the next month, your due date will still be June 1st, and you can refill your prescription on May 28th.

The key thing here is that you are refilling your prescription "early", with the presumption that you aren't running out of medication "early" as well. When you pick up your script on April 28th, you should still have enough to get you through til May 1st, when you would start your next refill.

What happens with some patients is that they may be refilling early because they are taking more medication than is prescribed, or in more serious cases, diverting it for sale or stockpiling it. As a result, they may refill on the 28th and assume that is their new due date, so they try to refill early again the next month on the 26th. If this isn't handled properly, the date will continue to move back, which can allow the person to get a substantial amount of extra medication over and above what was prescribed or allowed by law. This can result in legal repercussions for pharmacists who allow it to happen, leading some pharmacists to view all early refills for controlled substances as a "no" until good reason is given for approving it.

This is where having a good rapport with your pharmacist is helpful. They don't want to make life harder for legitimate patients, and the best way to be viewed as legitimate (which it sounds like you already are) is through open, candid, and polite communication.

Given your situation and relationship with your pharmacy, I doubt anyone would hassle you about a regular fill date of 2-3 days before the due date. And if your situation changes, or unique circumstances arise like a vacation, bring it up with them as far in advance as possible. Coming in the day you leave for vacation asking for a week early refill is going to look kind of sketchy, because that's a common pressure tactic people use on pharmacists. Alerting your pharmacist ahead of time that you'll be leaving town on a certain day will make coordinating your refill a much smoother experience. 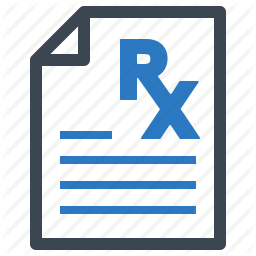 I have 2 different medicine prescriptions from 2 different doctors and both are a pain pill of some sort. Will the same pharmacist fill that?
READ MORE 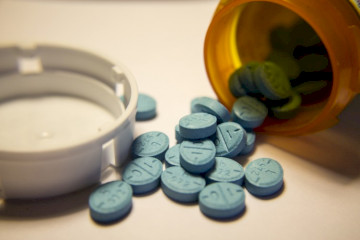 When Can You Fill Your Adderall Prescription In New York?

My pharmacist says it's NYS law to not fill my Adderall prescription early? Is this true? I got my last refill the 3rd. It's the 30th. Is this the law?
READ MORE 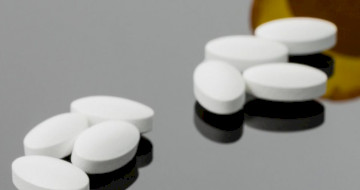 Stolen Controlled Substance Prescription: What To Do

I had picked up my medication yesterday (clonazepam). I placed it in the center console of my car. When I had gone to my car to get them, they were gone. I'm not sure what to do or where to begin. I t...
READ MORE
View more questions