In our latest question and answer, the pharmacist discusses potential drug interactions between Cymbalta and natural sleep aids. 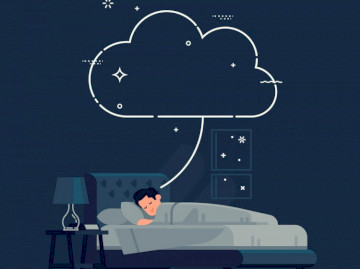 What is a safe natural sleep aid to take with Cymbalta?

There is such a variety of 'natural' sleep aids over the counter that it is difficult to give a definitive statement regarding which are safe to take with Cymbalta (duloxetine) and which are not.

Additionally, since so many products marketed for sleep contain more than one ingredient, it can be a challenge to discern the overall safety of a particular product.

What we can do, however, is take a look at a few specific herbals and other 'natural' over the counter products and see if they are known to interact with Cymbalta.

Overall, most appear to be relatively safe to use, but it is important to point out that Cymbalta itself can have side sedative side effects. It is also known to cause dizziness and difficulty concentrating.

Therefore, mixing Cymbalta with a product intended to make you tired can have additive effects in this regard, so it is important to keep this in mind.

Below, I take a look at some of the top-selling 'natural' products for sleep and whether or not they are known to interact with Cymbalta. These products include:

Valerian is one of the top-selling natural supplements in the United States, consistently ranking in the top 10 in terms of sales.

While it has a variety of purported effects, it is often used for the treatment of anxiety symptoms and insomnia.

How valerian works isn't completely understood, but its relaxation effects are thought to be due to it acting as an agonist on GABA receptors.

GABA is an inhibitory neurotransmitter and when bound to GABA receptors, produces a variety of effects, including sedation and relaxation.

There are a variety of prescription drugs that work on GABA receptors, including:

Valerian is not known to interact with Cymbalta, aside from the fact that both can cause sedation and drowsiness.

Valerian may have some effect on certain serotonin receptors (5-HT1), but this isn't thought to be overly significant.

Even though Cymbalta can increase serotonin concentrations, there likely isn't any significant interaction here. Valerian has not been reported to interact with other drugs that affect serotonin.

L-tryptophan is widely used as a natural sleep aid. It is an essential amino acid (meaning we need to consume via our diet) and is commonly associated as the compound in turkey that makes people tired.

In terms of taking L-tryptophan with Cymbalta, there is a potentially dangerous interaction here, and they shouldn't be used together in most cases since L-tryptophan is a serotonin precursor.

Our body absorbs tryptophan from dietary sources (including supplementation), converts it to 5-hydroxytryptophan (5-HTP), and then to serotonin (5-hydroxytryptamine).

The prescribing information for Cymbalta warns against its use with other serotonergic agents and specifically, tryptophan: 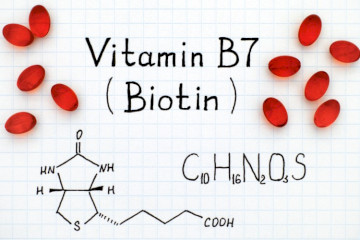 Can You Overdose On Biotin (Vitamin B7)?

What is the safe daily dosage for biotin? I have taken 5,000 mcg and 10,000 mcg. I assume that is way too much or is it okay since biotin is water soluble?
READ MORE 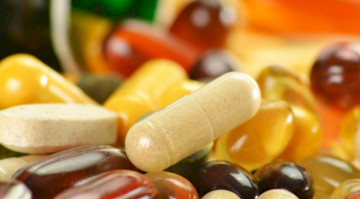 Do Collagen Supplements Get Absorbed And Do They Work? 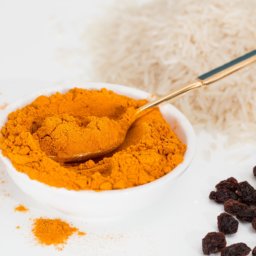 I currently take a 6.25 mg tab of Carvedilol twice a day along with a 240 mg cap Diltiazem,  5 mg tab of Finasteride, 25 mg tab of Hydrochlorothiazide, 5 mg cap of Terazosin and a 10 mg tab of Warfari...
READ MORE
View more questions