Recommended Laxatives To Take With Tramadol

Two classes of laxative are recommended as 'first-line' options for the treatment of opioid-induced constipation, one of which is polyethylene glycol. 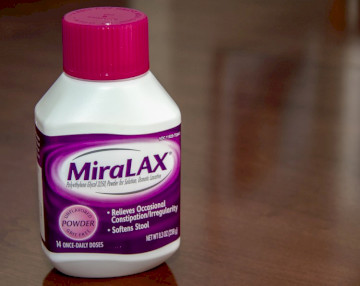 Hello. I’ve been taking naproxen for over a month and I also take two tramadol tablets at night to help me sleep ( for a herniated disc).  I’ve recently become constipated due to all this medication. I’m wondering if it’s safe to take the gentle laxative lax-a-day in powder form? I have read that it may not interact well with tramadol...If not then what other laxative options are there?

The most likely culprit causing constipation in your situation is tramadol. Tramadol is an opioid drug and is well known to cause constipation.

In fact, constipation with opioids is such a well-known and common side effect that on its own, it is considered a condition that often requires treatment. It is known as 'opioid-induced constipation', or OIC.

Even though tramadol is a weaker opioid drug than most others (such as oxycodone and hydrocodone), constipation still occurs at a fairly high rate.

Clinical trials for the drug report an incidence rate between 24-46%. Pretty high!

The prescribing information notes that in clinical trials involving geriatric patients, over 10% of these patients stopped taking tramadol due to its constipation-causing effects.

Now, there are numerous treatments for opioid-induced constipation, including both prescription and over-the-counter products.

Since you specifically asked about 'LaxADay', we'll discuss that.

LaxADay contains polyethylene glycol 3350, also known as PEG 3350. It goes by the brand name Miralax in the United States.

Polyethylene glycol 3350 is safe to take with tramadol and can be very effective in both treating and preventing opioid-induced constipation from drugs like tramadol.

In fact, it is recommended as a 'first-line' therapy by the American Gastroenterological Association Institute in their guidelines for the treatment of opioid-induced constipation.

The benefits of using polyethylene glycol 3350 are numerous:

Polyethylene glycol is not classified as a stimulant laxative, but rather as an osmotic laxative.

Osmotic laxatives work by promoting the secretion of water into the colon, which also promotes movement of the bowel.

After taking a dose by mouth, the onset of action ranges anywhere from 12 to 96 hours.

It should be noted that stimulant laxatives (such as bisacodyl) are also a recommended first-line therapy for opioid-induced constipation in the guidelines mentioned above.

Nevertheless, polyethylene glycol products are oftentimes the better initial choice since they are generally better tolerated in terms of a side effect profile (there is also a concern that the long term use of stimulant laxatives can cause physical dependence but studies have shown conflicting results on this matter).

As stated, alternative options (aside from PEG 3350) include stimulant laxatives and various prescription items.

If you aren't getting any relief from PEG 3350 or stimulant laxatives, ask your doctor about prescription options, which include:

Relistor, Movantik, and Symproic are opioid antagonists which inhibit opioid binding in the gut only, which can improve constipation symptoms (since opioids reduce GI tract contractions). They do not cause a reduction in pain relief.

All of these other options are considered 'second-line' behind the polyethylene glycol and stimulant laxatives.

Do Probiotics Help With Constipation?

I am exhausted from not only staying constipated and feeling blahhhhh! Fiber, fluids, exercise just isn't cutting it! Will a probiotic truly help?
READ MORE 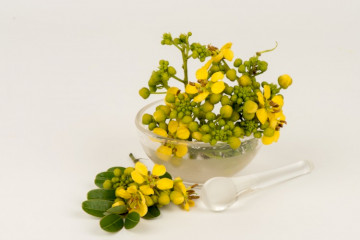 Does Senna (Senokot) Cause Dependency?

I have ulcerative colitis and have just changed to a new treatment. My treatment is an Entyvio Infusion. I have been extremely constipated since beginning this treatment. I was asked to do a colon c...
READ MORE 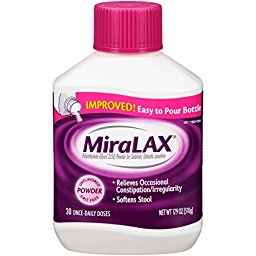 What Is The Difference Between Miralax And Metamucil?

What is the difference between Miralax & Metamucil?
READ MORE
View more questions