Is Plexum Slim Safe To Take While Nursing (Breastfeeding)?

Our pharmacist answers the latest question regarding taking Plexus Slim while nursing (breastfeeding). 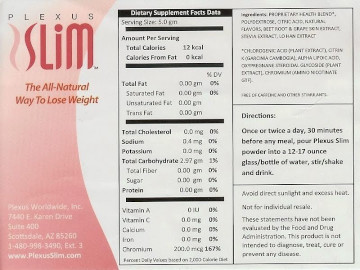 As a general rule of thumb, it is not recommended to take products such as Plexus Slim while nursing because there is not sufficient safety data regarding all of the ingredients in the product. It may very well be safe to use, but since the drink contains many different herbal preparations, we just don't have a definitive answer.

At PharmacistAnswers, we get a lot of questions regarding herbal/weight loss products and their safety while either pregnancy or breastfeeding. We wish we could give a clear cut answer but unfortunately we cannot. What we do do however, is list all the ingredients for our readers and break everything down as thoroughly as possible. Below is a picture of the nutrition label and a small discussion on each ingredient: 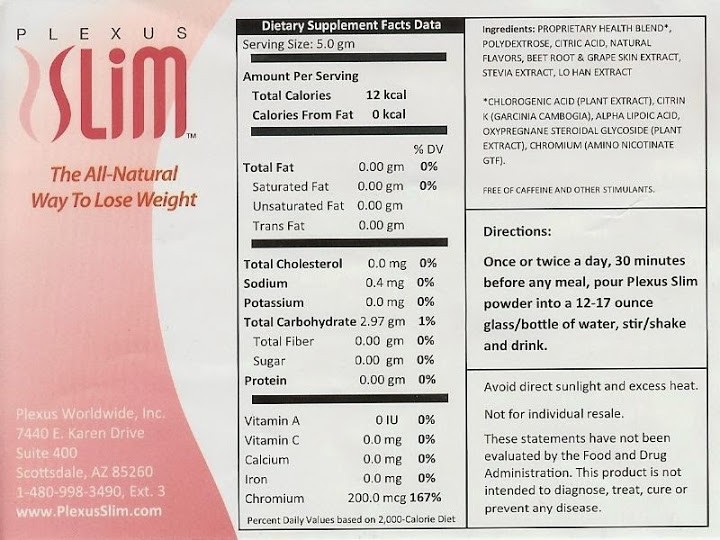 - ​Chromium is a trace element that is essential to the functioning of many different enzymes in our body.

- It is thought to help regulate our insulin response to sugars. It is commonly used as a supplement for weight loss.

- Chromium supplementation is generally considered safe in both pregnancy and breastfeeding.

- Chlorogenic acid is a component of coffee beans and is commonly known as "green coffee" . It has been shown in studies to inhibit an enzyme known as glucose-6-phosphate, which is necessary for the formation of glucose (a simple sugar).

- It is also thought to possibly help regulate insulin and therefore our responses to sugar better.

- There is no good data regarding chlorogenic acid and use while breastfeeding.

​- Garcinia Cambogia is one of the hottest weight loss supplements on the market today and is an ingredients in hundreds of products.
- There is some positive evidence for its use as a weight loss agent and appetite suppressant. It is popular due to its lack of stimulant effects while providing weight loss.
- It currently is not recommended in those pregnant or breastfeeding due to insufficient data.

- Alpha lipoic acid is a powerful  antioxidant that is naturally synthesized in our bodies.
- There is promising evidence that alpha-lipoic acid may also help treat type 2 diabetes by assisting with insulin resistance. There are also studies that show a positive benefit in patients with neuropathy.
- Alpha lipoic acid, based on most sources, would be safe to supplement with while breastfeeding.

- Beets are used for countless medical and consumer based indications. In fact, the beet sugar industry generates billions of dollars per year and is the second largest source of sugar in the world.

- Beet extract is thought to have high amounts of fiber which may help with glycemic control and cholesterol.

- Caution is typically advised during breastfeeding due to lack of evidence but it is generally considered to be safe.

- Stevia is one of the most common and most widely consumed sweeteners in the world. It has been used as a non-caloric sweetener for over 20 years.
- It has been reported the stevia possesses up to 250 times the sweetness of regular table sugar.
- It is generally considered safe for use while breastfeeding.

- Luo Han Guo is a vine that is native to both China and Thailand. Luo han guo is literally translated as "monk's fruit". It is commonly referred to as the longevity fruit.

- It is thought that this supplement is a powerful antioxidant that plays an important role in reducing oxidative stress from free radicals. It is also used a non-caloric sweetener.

- There is no data on use while breast feeding.

- This is simply another name for an extremely popular weight loss herbal medication on the market known as Hoodia. Hoodia, along with Garcinia, are all the rage for use in weight loss.
- One of the reasons for popularity is it does not work as a stimulant. It acts as an appetite suppressant. In fact, the drug company Pfizer once isolating the appetite suppressant molecule, which they termed P57, with the goal of marketing it as a weight loss medication. This development however was abandoned in 2003.
- While Hoodia may be beneficial, there have been no reliable human trials that demonstrate either safety or efficacy. For this reason it is recommended to be avoided in those pregnancy or breastfeeding.

As we can see from this review of ingredients, nothing in particular jumps out as being unsafe or dangerous. The problem is the lack of sufficient safety data on the ingredients. This is a common problem for many different herbal products and preparations. It would be rare to find a health care professional that would openly say something like the Plexus Slim drinks is safe to use because there just isn't enough data to support its safety. If you do plan on consuming Plexus Slim, it's always a good idea to let your doctor know, just so they can be fully aware of your medical history. 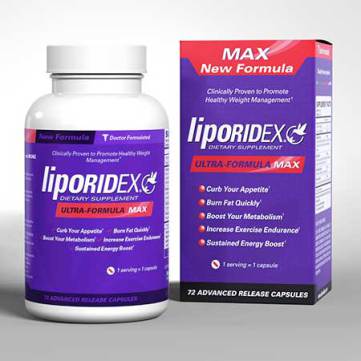 Can You Breastfeed While Taking Liporidex

I would like to know if it's safe to take liporidex while nursing my 5 month old?
READ MORE

Can You Use Fluconazole For Yeast Infection Of The Nipple?

What dose of diflucan is usually prescribed for a yeast infection on the breasts that has not responded to other treatment?
READ MORE 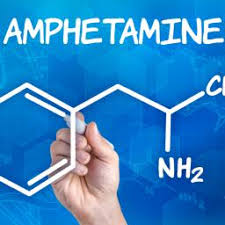 How Long Does Adderall Stay In The Breast Milk?