Is Esbriet Covered By Medicaid Or Medicare?

In our latest question and answer, the pharmacist discusses whether or not Esbriet, a drug for pulmonary fibrosis, is covered under Medicare or Medicaid. 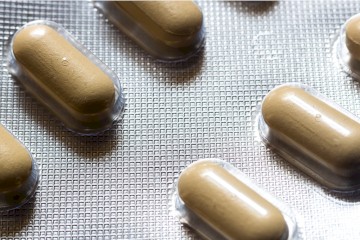 Will my Medicaid/Medicare cover the cost of Esbriet?

Hello and thank you for reaching out to us!

While we would love to be able to give you specific information regarding drug coverage for you, these types of questions are better directed to the insurance plan you are enrolled with.

Most every insurance plan out there has a different formulary, or list of covered drugs, even Medicaid and Medicare plans.

Every state runs its own Medicaid program, and therefore, will have a different formulary of covered drugs. Additionally, if you have ever signed up for a Medicare Part D plan (which is the drug portion of Medicare), I'm sure you are well aware of the number of options available to you.

Even within plans, there are different membership levels, each with their own specific drug coverage.

So, your best bet is to call your insurance company directly and ask whether or not they cover a particular drug, which in this case is Esbriet (Pirfenidone).

Having said all of the above, after doing a little research into Medicaid and Medicare coverage for Esbriet, it appears that most plans cover it (GoodRx states the over 97% do), but only with a 'prior authorization'.

A 'prior authorization' is a process in which an insurance company requires more information to be submitted prior to paying for the drug. In other words, the drug needs approval before it's covered.

The prior authorization process generally takes 24-72 hours so don't expect that you can drop off a prescription for Esbriet and pick it up 15 minutes later. It's going to take a few days.

There are a number of reasons why a drug may need prior authorization, including:

Many drugs that fall into these categories are called 'specialty drugs'. Specialty drugs are typically high-cost items that are indicated for a relatively narrow range of indications.

Esbriet would fall into a few of the categories above. For one, it's expensive. Additionally, liver function tests are required before starting therapy on the drug and your insurance plan will likely want to make sure these tests have been done before paying.

Since I am based in New York, I also took a look at the New York Medicaid formulary and Esbriet is covered, but again, only with prior authorization.

The prior authorization process is handled by your health plan and your doctor's office. Your doctor will submit the required information and the health plan will review it (generally the review is done by a clinical pharmacist or doctor).

The patient (i.e. you) just needs to wait for a determination from the health plan. As long as you follow the protocol that your health plan has provided, it should be covered.

I apologize I can't give more specific information, but at least you have a general idea that Esbriet is covered under most plans, you just likely will need to go through an approval process.

Thank you again for contacting us! 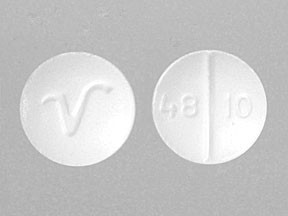 I found a tablet that has the following imprint/marking: Side 1: V Side 2: 48 10 Can you tell me what that is?
READ MORE 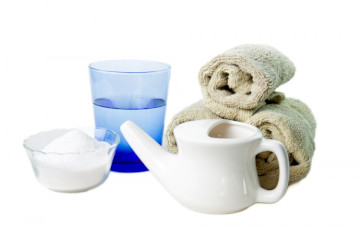 How To Use A Neti Pot For Sinusitis

I have a stuffy nose and clogged ears. I have tried using the neti pot but nothing but clear water comes out, no mucus. I'm also not having any drainage. Does this mean I don't have a sinus infection?...
READ MORE 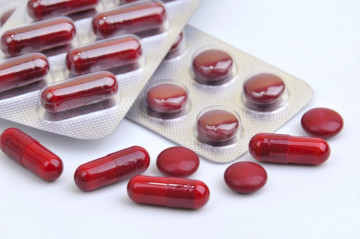 Hi, I used to take ferrous sulfate (iron tablets), and last time I went to buy them I saw another iron supplement called Amino-Iron 18mg. Does the Amino-iron provide the same benefit as the ferrous su...
READ MORE
View more questions