Is Benadryl Safe To Take With Antibiotics?

The pharmacist discusses whether or not it is safe to take Benadryl if you are also taking antibiotics.

Is it safe to take Benadryl with antibiotics?

Benadryl (diphenhydramine) is safe to take with most antibiotics and can help to relieve symptoms of infection such as:

It is important to note that you should ideally take your antibiotic alone for a dose or two before combining it when Benadryl, as Benadryl can mask the symptoms of an allergic reaction (since it is an antihistamine).

Safety Of Benadryl With Antibiotics

Benadryl is safe to take with most commonly prescribed antibiotics, which include:

There are only a few antibiotics to take precaution with when it comes to Benadryl, and those include injectable minocycline and anything from the aminoglycoside family:

Aminoglycosides: Benadryl may mask the symptoms of ototoxicity, a sign of overdose with these antibiotics. Symptoms include, dizziness, tinnitus, or vertigo. Benadryl can relieve these symptoms. Since it is important to be aware that ototoxic symptoms are happening, Benadryl should be avoided or used with caution with aminoglycosides.

Why To Avoid Ciprofloxacin With Dairy Products

I'm taking ciprofloxacin 500mg and now I'm nauseated all day long why is that? I don't take it with milk or dairy products. If I have dairy I have it 2 hours before or after I take ciprofloxacin so w...
READ MORE

This is in continuation to my previous query which was answered by Dr. Hayden Gharibyar. Does Metronidazole have no effect on Klebsiella pneumoniae?I am wondering because the blood in the stool of...
READ MORE 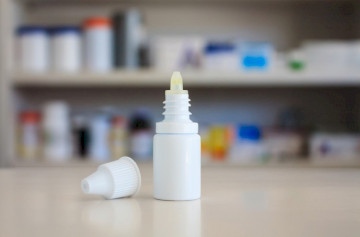 What Is The Best Antibiotic For Swimmer's Ear?

I apparently have swimmer's ear. It’s going on 4 weeks, I've had several different antibiotics, nothing is helping. I don't know what to do anymore. It’s very painful.
READ MORE
View more questions