How Xyrem Works For Narcolepsy And More

In our latest question and answer, the pharmacist discusses the use of Xyrem for treating narcolepsy.

Can you give me some information on Xyrem? I have a family member who is narcoleptic and has had no luck with any medication options. I saw an ad for this and am interested.

Xyrem (sodium oxybate) is an interesting drug choice for the treatment of narcolepsy in that it is quite unlike other, and more commonly used, therapeutic options, like amphetamines.

Sodium oxybate is neither an amphetamine nor is it a stimulant. In fact, it is a CNS (central nervous system) depressant and has more in common with benzodiazepines than it does drugs like Adderall.

You may have read that Xyrem contains the active ingredient GHB, colloquially known as the 'date-rape drug', and that is true.

To clarify this, it helps to point out that, in general, drugs have three distinct names, a chemical name, a non-proprietary pharmaceutical name (e.g. 'generic name') and a brand, or proprietary name.

Making GHB a sodium salt doesn't change the overall effects of the drug, but allows for improved stability and ease of manufacturing in a liquid solution.

Since Xyrem is a CNS depressant, you may be wondering how it is beneficial for a disorder (narcolepsy in this case) that is associated with excessive daytime sleepiness and falling asleep suddenly.

I discuss this in the next section.

It isn't precisely known what causes a person to suffer from narcolepsy and we don't have a full understanding of the physiology behind it. Nevertheless, several contributing factors are thought to be:

We know specifically that the amount of REM (rapid eye movement) sleep you get plays a major role in narcolepsy, and measuring it (via sleep studies for example) is a diagnostic indicator.

The REM stage of sleep is a 'deep' sleep and is thought to be necessary for retaining memories and overall functional learning. Having the appropriate amount of REM sleep is also strongly related to next-day wakefulness. Many studies show that a decrease in REM sleep is linked to grogginess and daytime sleepiness.

The major benefit of Xyrem is thought to be that it induces REM sleep. However, the drug may work by additional mechanisms we don't completely understand. This is evidenced by the brief description of the 'mechanism of action' found in the FDA-approved prescribing for the drug:

Xyrem is a CNS depressant. The mechanism of action of Xyrem in the treatment of narcolepsy is unknown.

Even though there is still much to learn about Xyrem, multiple studies have shown that it affects dopamine release as well and, as mentioned above, induces REM sleep. It may also increase delta sleep, which is associated with a state of 'deep-sleep'.

Regardless of its exact mechanism, studies for the drug show that it is effective in many different areas relating to narcolepsy, including decreasing excessive daytime sleepiness and increasing wakefulness. In fact, one particular trial reported that over 60% of individuals taking 9 grams of Xyrem per day reported 'much improved' or 'Very Much Improved' scores on an 'impression of change' scale.

As an additional point, it is important to mention that Xyrem is also used for the treatment of cataplexy, a disorder characterized by a near complete loss of voluntary muscle tone brought on by strong emotions like laughing or crying. Studies show that Xyrem decrease in the total number of weekly cataplexy episodes of nearly 70% has been reported in clinical trials in adult patients receiving a dose of 9 grams per night.

How To Take Xyrem

The dosing recommendations for Xyrem are presumably quite unlike any other drug you have taken.

It is recommended to be taken before bedtime, with another dose to be given 2.5 to 4 hours after that initial dose. This means you will need to wake up to re-dose.

The prescribing information gives the following guidance in regard to dosing:

It is important to note that most patients that take Xyrem will also be prescribed additional medication to manage their narcolepsy symptoms. The most commonly used adjunct medications are amphetamines (like Adderall), Provigil and Nuvigil.

To sum everything up, Xyrem is a unique therapy for the treatment of narcolepsy and is not a stimulant drug (although it is often prescribed along with them). While the exact mechanism of action isn't known, it likely exerts its effects mainly by improving REM sleep.

One point I didn't touch on is the fact that you cannot simply get a prescription for Xyrem and bring it to your local pharmacy.

Xyrem is only available through a REMS (Risk Evaluation and Mitigation Strategies) program, which are established to ensure the benefits of the drug outweigh the potential risks. Both the prescriber and pharmacy need to be certified to prescribe/dispense the product.

Additionally, patients also need to register in the program to receive Xyrem. 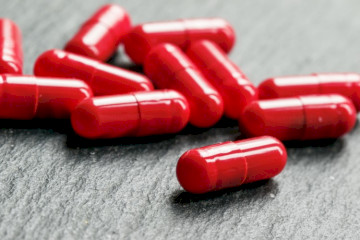 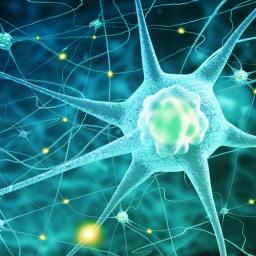 Alternatives To Hydrocodone & Oxycodone For Fibromyalgia

I've had fibromyalgia for 25 years and I'm only 59. I'm currently taking Norco 10/325 for mild pain and Oxycodone 10 for severe pain ( when the Norco doesn't work). Neither is relieving the pain any m...
READ MORE 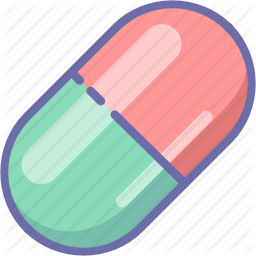 Do You Need To Taper Or Wean Down On Guanfacine?

My son has been in 3 mg of guanfacine for one month. It is extended release. He was taking clonidine before. Does he need to be weaned off the guanfacine first or can he safely switch back to clon...
READ MORE
View more questions