In our latest question and answer, the pharmacist discusses the potential interaction between Benadryl (diphenhydramine) and Valium (diazepam).

How about 10 mg of Valium with 25mg of diphenhydramine HCL to help me sleep?

Both diazepam (Valium) and diphenhydramine (Benadryl) can potentially cause respiratory depression, sedation, and other CNS effects. Combining the use of these medications may worsen the potential side effects and should only be used together with caution.

In general, unless you have been directed by your doctor to take both, use together should be avoided.

Diazepam (Valium) is a Schedule IV controlled substance that is often used to treat anxiety, alcohol withdrawal, and seizures. It can also be used off-label for insomnia. It is classified as a benzodiazepine, which work by enhancing the GABA-benzodiazepine receptor in the brain. This enhances the effect of GABA, an inhibitory neurotransmitter that causes anxiety relief and sedation.

Diazepam is metabolized extensively into active metabolites including desmethyldiazepam, temazepam, and oxazepam. Because of this, diazepam has a half-life of 30 to 60 hours. Use for sleep is not recommended in elderly patients due to the long half life and risk of increased side effects such as falling.

Diphenhydramine (Benadryl) is a first-generation antihistamine. Antihistamines are widely used for self-care of allergy symptoms including runny nose, watery eyes, sneezing, and itching of the nose, throat, or eyes. Benadryl may also be used for symptoms of the common cold, allergic reactions, occasional insomnia, and more.

These medications cross the blood-brain barrier and have CNS effects like drowsiness and dizziness. First generation antihistamines can also cause urinary retention, GI upset, and blurry vision. The first generation antihistamines are also listed as medications to avoid in elderly adults by the Beers Criteria due to the increased risk of confusion, dry mouth, and drowsiness.

Second generation antihistamines include Claritin (loratadine), Cetirizine (Zyrtec), and Allegra (fexofenadine) and are much less sedating. These antihistamines are generally only used for treatment of allergy symptoms, whereas Benadryl can be used for a variety of reasons including allergies, insect bites, poison ivy, sleep, and motion sickness.

Valium has a long half-life, and can last in the body for days after a single dose. Therefore, it is nearly impossible to appropriately separate doses of Benadryl and Valium within a 24 hour time-frame. 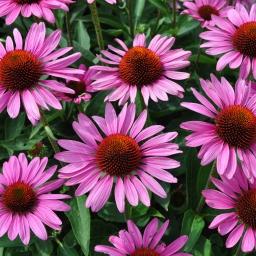 I was wondering if it was safe to take Benadryl and echinacea at the same time.
READ MORE 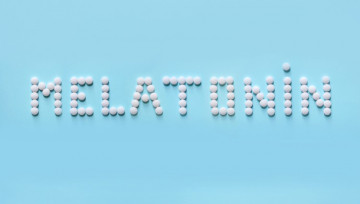 Is it safe to take amlodipine and melatonin together? I have been on amlodipine for 5 years and wanted to start taking melatonin at night to help sleep.
READ MORE

Is it OK to take Robitussin DM with Lexapro? I have a bad cough.
READ MORE
View more questions