In our latest question and answer, the pharmacist discusses whether or not turmeric the shingles vaccine Shingrix contains egg white.

No vaccine contains egg white. The reason that an egg allergy could be of concern with a vaccine is because of the egg protein that the antigen, or virus, may be cultured in during the manufacturing process. This is true as well for gelatin or yeast cultures respectively.

The Shingrix vaccine is cultured from genetically engineered hamster ovary cells. The media of the culture contains amino acids, with no albumin, antibiotics, or animal protein. The vaccine does not contain preservatives. This means that egg protein was not used to create the Shingrix vaccine, but instead may contain a residual amount of host protein and DNA (genetically engineered hamster cells) from the manufacturing process.

Shingrix is a sterile suspension that is injected intramuscular for the prevention of the varicella zoster virus, which causes shingles. Shingrix only contains part of the antigen in the vaccine.

As the body ages it is more susceptible to many viruses, including herpes zoster. This appears to be related to a decline in the immunity to the varicella zoster virus, which is often developed during childhood when having the virus in the form of chicken pox or by receiving the Varicella vaccine. Shingrix has shown to boost a varicella zoster virus specific immune response.

According to clinical trial data common adverse reactions include: 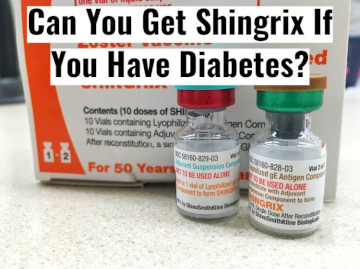 Can You Get Shingrix If You Have Diabetes?

My blood sugar is high and I am scheduled to receive the 2nd Shingrix shot today. Is this safe for me to do so? Thanks for your help!
READ MORE

Is The Nasal Flu Vaccine 'Flumist' Coming Back?

Is the nasal flu vaccine coming back? I was told by my doctor it doesn't work so they got rid of it.
READ MORE 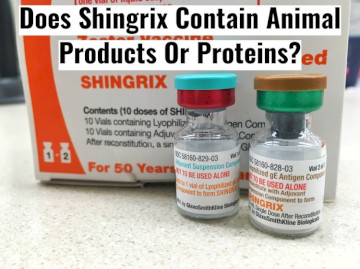 Does Shingrix contain any animal proteins or products? I have been very allergic to lanolin and animal dander.
READ MORE
View more questions