Why Does Medication Need To Stay Out Of Direct Light?

In our latest question and answer, the pharmacist discusses how light exposure can negatively affect your medication.

I left some amoxicillin out on my counter exposed to direct light from a lamp for a few hours, will this affect the drugs?

Most medications are recommended to be stored in a controlled environment due to stability concerns. Temperature is the often the most common consideration, with the majority of medications requiring storage at "room temperature" or "under refrigeration". Storing a medication in outside of the recommended guidelines (e.g. too hot or too cold of a temperature) can have a significant impact on the stability or potency of the drug.

In addition to temperature concerns, nearly all medications are also listed to be stored outside of direct light. This isn't generally heeded as a critical storage considerations, but it should be. When it comes to how light (e.g. visible, UV etc...) affects medications, we are discussing "photostability". Photostability is generally defined by how a drug, molecule or compound responds or reacts when exposed to light.

Light is well known to affect certain drugs in a negative way. Excess exposure can cause:

It is sometimes difficult to discern whether or not a medication has been negatively affected by light exposure. At times, you may see physical signs such as discoloration of the drug or a noticeable smell. Other times, there may be no sign at all.

Many drugs are also classified into one of three "classes" based on ICH guidelines, that signify how severe they can react to light. These guidelines generally only consider the actual drug compound and the possibility of a chemical reaction to light. They DO NOT consider how the dosage form (e.g. capsules melting) could be affected.

I: Are not known to be reactive to light.

II: Are known to be photosensitive. They must be packaged in a light resistant container.

III: Are known to be photosensitive. They must be packaged in a light resistant container and an additional light protecting material.

Amoxicillin has not been well studied in terms of its "photostability" and isn't in a defined class, as discussed above. There are many factors that need to be accounted for when determining whether or not it has been negatively affected (e.g. time of exposure, type of light etc...). One study did show that amoxicillin does appear to be relatively stable when compared to other antibiotics when it comes to light reactivity..

If your medication (amoxicllin) was exposed to light from a lamp for just a few hours, it most likely is okay, as long as the actual product doesn't appear degraded. Amoxicillin isn't known to be overly reactive to light and it generally would take longer exposure times to negatively affect it. To be sure, it is recommended to contact the manufacturer of your specific product as they have the most accurate and up to date information on the stability of their products. 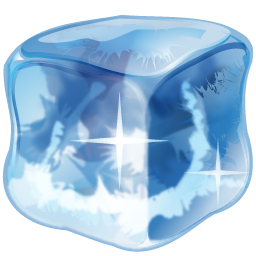 Are Frozen Medications Okay To Use?

I take buproprion and I filled it recently. I accidentally left it overnight in a freezing car. Is the medication still ok to take?
READ MORE 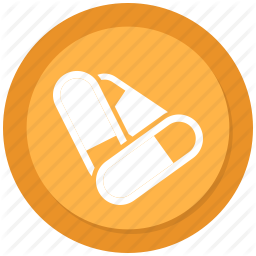 I took amitriptyline in an uncoated 25mg pill for neuropathy without any problems for a dozen years. Last year my insurance changed and the new drug provided is a brown coated pill of 25mg amitriptyli...
READ MORE

Is There A Difference Between Generic Suboxone Products?

These are two example of suboxone: Round white pill with imprint of Well look like a half moon and the number 155. Next pill: Round orange pill. AN 415 imprinted on it. I've been taking the first exam...
READ MORE
View more questions