Does CBD Interact With Oxycodone Or Hydrocodone?

In our latest question and answer, the pharmacist discusses whether or not CBD/hemp products interact with hydrocodone and oxycodone. 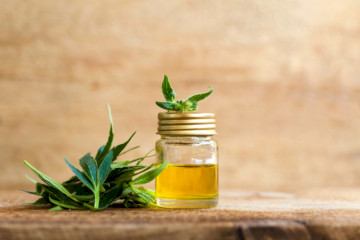 My husband has failed back surgery syndrome. He is taking OxyContin and Norco. He remains in constant pain. He is considering hemp oil. Will it interfere with the narcotics he takes? He would prefer oral hemp over an oil or lotion. Which one is better absorbed. How long does the pain relief last with hemp? As a teenager, he tried smoking pot but became extremely ill with nausea and vomiting. Would the hemp cause this too?

Hemp-based products have been exploding in popularity recently, and it certainly is a good idea to look into potential drug interactions before using them.

Most hemp-based products are being used for their CBD (cannabidiol) content, which studies show have a range of potentially beneficial effects, especially when it comes to pain.

For the treatment of pain, CBD is most often used for inflammatory conditions, such as arthritis, joint pain and back pain.

How effective it is is still something that studies are trying to elucidate, but initial ones are promising.

Even though CBD is 'natural', that doesn't mean it is without its dangers or potential to affect other medications.

For example, recent studies have shown the CBD can significantly interact with several antiepileptic drugs, notably Onfi (clobazam). One concluded the following:

There is less evidence that CBD interacts in a significant manner with either hydrocodone or oxycodone. In fact, CBD products (and THC ones too) are commonly used medicinally as an adjunct or even alternative therapy for those taking opioids.

CBD With Oxycodone And Hydrocodone

At the outset, it is important to remember that taking CBD with either of these drugs could cause additive sedative effects since all three are associated with it.

You certainly want to see how they would affect you before performing any tasks that require mental alertness (like driving).

Past the additive sedative effects, there doesn't seem to be a significant metabolic interaction...which is generally why most interactions occur.

An example of a metabolic interaction is between the example I used above...for CBD and clobazam.

Clobazam is broken down in the body and produces an active metabolite (N-desmethylclobazam). This metabolite is further metabolized by CYP2C19, a major liver metabolizing enzyme.

CBD is known to inhibit CYP2C19, which decreases how quickly N-desmethylclobazam is metabolized, leading to increased concentrations of it. This increases the risk of adverse effects.

The prescribing information for Epidiolex, an FDA-approved prescription CBD product, states the following:

Coadministration of EPIDIOLEX [CBD] produces a 3-fold increase in plasma concentrations of N-desmethylclobazam, the active metabolite of clobazam (a substrate of CYP2C19). This may increase the risk of clobazam-related adverse reactions. Consider a reduction in dosage of clobazam if adverse reactions known to occur with clobazam are experienced when co-administered with EPIDIOLEX.

Hydrocodone and oxycodone are not metabolized by CYP2C19 but rather by CYP3A4 and CYP2D6.

While preliminary studies show that CBD may partially inhibit those two enzymes, it has only been seen in animals and inhibition in humans isn't thought to be to a clinically significant extent.

Cannabis products (such of those containing CBD) have been evaluated in numerous published studies showing that they are generally safe and well-tolerated in those taking opioids (which oxycodone and hydrocodone both are).

Additionally, cannabis products are being thoroughly evaluated for their potential use in managing opioid disorders. One study sums it up nicely:

The growing body of research supporting the medical use of cannabis as an adjunct or substitute for opioids creates an evidence-based rationale for governments, health care providers, and academic researchers to consider the implementation and assessment of cannabis-based interventions in the opioid crisis.

If your husband is not attaining adequate pain relief with his current therapy, it is important that he discuss it with his doctor.

He should also discuss the use of CBD/hemp products as additive therapy so he can be appropriately monitored.

Here are the answers to the other questions from your inquiry: 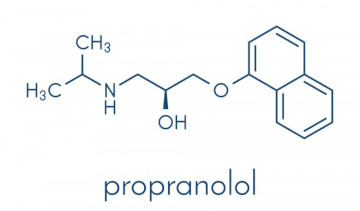 Can I take Tylenol PM with carbidopa/levodopa?
READ MORE

Can You Take Oxycodone And Tylenol Together?

I just had an oxycodne at 1am for severe arthritis pain. Can I take no 5 hrs later a Tylenol and a benedryl to help me sleep
READ MORE
View more questions