NSAIDs should be used cautiously or not at all. 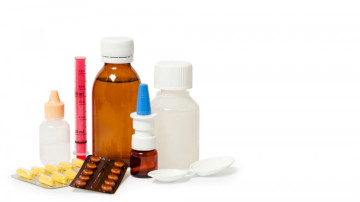 I was diagnosed with autoimmune hepatitis and my doctor put me on a 6-week treatment plan of prednisone 10 mg. I am tapering off of them now and take 2 a day. My question regarding this is, what can I take for a cold and cough? I am awake right now at 1:30 am and I feel like my cold is getting the best of me. Please advise. Thanks.

Prednisone, a corticosteroid commonly prescribed for a wide variety of indications, is considered safe with most cough and cold medications.

However, there is considered to be an interaction between prednisone and NSAIDs (non-steroidal anti-inflammatory drugs) and the use of both together is generally recommended to be avoided.

NSAIDs are a commonly used class of medication for the treatment of mild/moderate pain, fever and inflammation. Over the counter NSAIDs include:

Use of NSAIDs with prednisone is generally recommended to be avoided unless prescribed or recommended by your doctor. There are several reasons for this:

The prescribing information for prednisone states the following regarding use with NSAIDs:

The Beers criteria, which lists inappropriate medications and medication combinations in the elderly, recommends to avoid the combination or at the very least, provide gastrointestinal protection.

It should be noted that for many individuals, corticosteroids like prednisone and NSAIDs are prescribed at the same time, but only for a short period of time. In general, it is prolonged administration of both that should be avoided.

When it comes to analgesics, Tylenol (acetaminophen) is considered safe to take with prednisone. Although it doesn't possess the anti-inflammatory actions of NSAIDs, it is not linked with an increase in GI toxicity and should not alter electrolyte and fluid levels.

It is important to note, however, that Tylenol generally isn't safe for those with liver injury or liver dysfunction (as you mention in your question).

Dextromethorphan is a cough suppressant included in a variety of over the counter cough/cold products including Delsym and DayQuil. There are no known interactions between prednisone and dextromethorphan.

Nasal decongestants, such as Sudafed (pseudoephedrine) and Sudafed PE (phenylephrine), have no known interactions with prednisone.

The only potential concern is the fact that both (prednisone and pseudoephedrine/phenylephrine) can cause insomnia and excitability in some individuals.

Expectorants, like Mucinex (guaifenesin), is considered safe with prednisone. There are no known interactions.

Antihistamines are considered safe with prednisone. They include:

As discussed, most cough/cold medications are safe with prednisone. The only well-documented interaction is with NSAIDs (e.g. Advil, Aleve).

It is important to remember that even though a medication listed above is considered "safe" with prednisone, it is impossible to take into account everyone's unique medical situation and specific precautions and contraindications.

For example, in your inquiry, you mentioned you are treating hepatitis. Tylenol (acetaminophen), although considered safe with prednisone, may not be safe for your particular situation (liver injury).

It is important to talk with your doctor regarding cough/cold medications that are safe for you to take as they have your complete medical history.

Interaction Between Yaz And MSM (Methylsulfonylmethane)

Hi, I am taking Yaz birth control. Can I take a MSM pill with it or does it affect the efficacy of the pill?
READ MORE 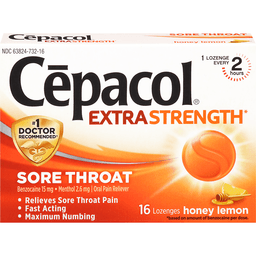 I have using Cepacol drops for a bad sore throat. Is Benadryl safe to use with it?
READ MORE

Can nitrofurantoin be taken at the same time as Diflucan?
READ MORE
View more questions