Can You Take Xyzal After Benadryl?

In our latest question and answer, the pharmacist discusses when Xyzal can safely be taken after Benadryl.

I took 2 Benadryl today at 10 am, would it be safe to take a Xyzal this evening? I'm suffering from a bad case of hay fever. Thank you.

On the other hand, if you take Xyzal first, you should generally wait 24 hours before taking Benadryl to avoid additive side effects such as sedation, dry mouth and general drowsiness as Xyzal has a duration of action of around 24 hours.

Benadryl, a first-generation antihistamine, has a duration of action of around 4 to 6 hours, although this can be extended in certain individuals such as in the elderly. One of the main side effects of Benadryl is sedation and is commonly added to over the counter sleep products such as ZzzQuil.

Taking Benadryl And Xyzal Together

As mentioned above, it generally isn't recommended to use antihistamines together. There is a risk of additive antihistamine side effects such as:

One exception to this could potentially be if you need to use Benadryl to stem an allergic reaction. Out of all the antihistamines, many studies show that Benadryl tends to be the most effective for slowing down the allergic reaction to bee stings, poisonous plants etc... Just be aware of the additive sedative and other side effects if you do take Benadryl within 24 hours of your Xyzal dose.

Can You Take Expired Xyzal (Levocetirizine)?

I have several sample packets of Xyzal (5mg) that my doctor gave me to try for an allergic condition. This was several years ago. The sample tablets are in sealed foil blister packs and have been stor...
READ MORE 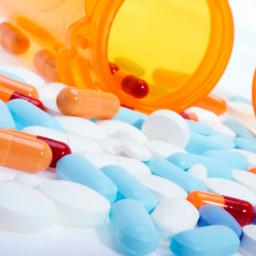 Is It Okay To Use Flonase If You Are Taking Other Steroids?

I take symbicort inhaler twice a day, 4mg methylprednisolone once a day, 600mg of guaifenesin mucinex twice a day, and 0.5mg of lorazepam once a day, can I also take fluticasone propionate nasal spray...
READ MORE 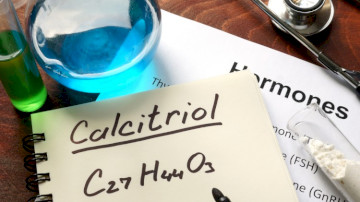 What is the equivalent of calcitriol 0.25 mcg in international units for vitamin D3? Thank you
READ MORE
View more questions