Can You Take Benadryl With Keflex (Cephalexin)?

In our latest question and answer, the pharmacist discusses whether or not there is an interaction between Benadryl and Keflex (cephalexin).

I have an infection and am taking Keflex. I am wondering if it was safe to take Benadryl with it.

Keflex (cephalexin) and Benadryl (diphenhydramine) are safe to take together. There is no interaction between the two medications.

Benadryl use may be helpful in reducing symptoms associated with certain bacterial infections that Keflex is used for, such as upper respiratory tract infections.

Benadryl (diphenhydramine) is a first-generation antihistamine. Each dose will begin to work in about 30 minutes to one hour and will last around 4 to 6 hours.

In addition to its use for treating seasonal allergy symptoms such as a runny nose, Benadryl is also effective for treating vertigo associated with motion sickness and insomnia due to its sedating properties.

Keflex (cephalexin) is a first-generation cephalosporin antibiotic, structurally related to penicillin. Keflex is used for a wide range of bacterial infections but is most commonly used to treat respiratory and skin infections.

Keflex is generally well tolerated with GI side effects being the most common.

Can I take 4mg Methylprednisolone with Nyquil Cold and flu? I was prescribed the steroid for a virus, but ended up with a nasty cough.
READ MORE 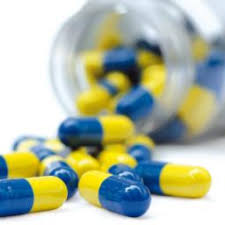 I currently take Loestrin 21 for birth control. Last Monday I started with UTI and took 2 doses of Bactrim (only two pills). Will this affect my birth control?
READ MORE 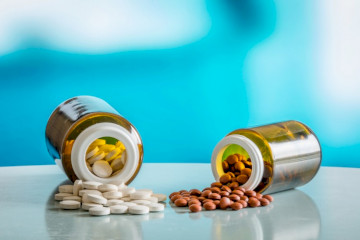 Can you take Macrobid and Effexor XR together? Are here any harmful drug interactions between them? Thanks for any information.
READ MORE
View more questions