Can You Open Effexor XR Capsules?

In our latest question and answer, the pharmacist discusses whether or not Effexor XR capsules can be safely opened.

My son takes Effexor XR and as having some problems tolerating the capsules. I was wondering if it was okay to open them and just sprinkle the beads onto something?

Yes, Effexor XR (venlafaxine extended release) capsules can safely be opened without compromising the extended release mechanism of the medication. In fact, the prescribing information for Effexor recommends the following alternative dosing:

"[Effexor XR] may be administered by carefully opening the capsule and sprinkling the entire contents on a spoonful of applesauce. This drug/food mixture should be swallowed immediately without chewing and followed with a glass of water to ensure complete swallowing of the pellets"

Unlike many extended release drug products which should not be opened, Effexor XR capsules contain many small, coated, drug containing "spheroids" that diffuse slowly after reaching the stomach/GI tract. The physical capsule simply holds the drug containing spheroids together until is dissolves quickly after taking by mouth.

In terms of sprinkling the contents of Effexor XR on food, doing so should have no effect on drug absorption. Studies have shown that venlafaxine (the active ingredient in Effexor XR) is well absorbed from the gastrointestinal tract and food has no significant effect on its absorption or actions in the body. 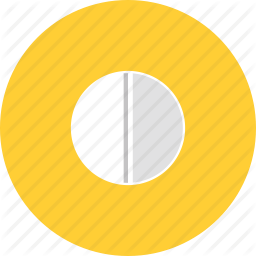 Can You Cut Or Split Metformin ER?

My sugar was very high tonight and I split my 500 metformin ER in half. Then I remembered that I am not supposed to? So now I'm worried. Are there any symptoms I should know about before I go to bed?
READ MORE 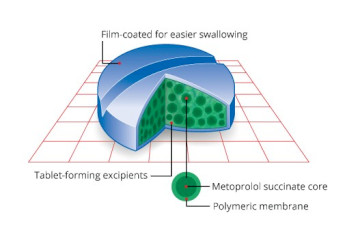 Can You Cut Toprol XL In Half?

Can you cut or split Toprol XL in half?
READ MORE

Can Xanax (Alprazolam) Be Split?

I'm prescribed 60 .05mg alprazolam tablets every month. I get the orange oval ones, but they don't seem to work very well compared to half of an oval blue 1mg pill. Would it be possible to get 30 1mg...
READ MORE
View more questions