Can You Cut Venlafaxine ER Tablets?

In our latest question and answer, the pharmacist answers whether or not you can safely cut venlafaxine ER tablets.

I want to taper off of Venlafaxine XR. I plan to taper very slowly over months if necessary. I use 150MG a day. Can I cut an XR pill? Or do I need to get a prescription for smaller doses? The pills are not capsules. They are solid pills.

No, the venlafaxine ER (extended release) tablet should not be cut, split, crushed or chewed. Doing so with compromise the extended release mechanism of the tablet, causing the entire dose to be released at one time, as opposed to slowly over time. This can significantly increase the risk of side effects.

Venlafaxine ER tablets use what is known as a "OROS" (Osmotic Release Oral System) delivery mechanism. The tablet core contains the active ingredient (venlafaxine) and osmotically active components which will expand when they come into contact with liquid. Once the tablet is swallowed and enters the GI tract, water enters through a membrane in the tablet, causing the drug to dissolve and osmotic comment in the tablet to expand. The expansion pushes the venlafaxine out of a laser drilled hold in the side of the tablet at a controlled rate.

Therefore, if you cut, split, crush or chew venlafaxine ER tablets, the OROS release mechanism will no longer work.

Can You Crush Lamictal?

can you crush lamotrigine tablets and mix with water or juice?
READ MORE 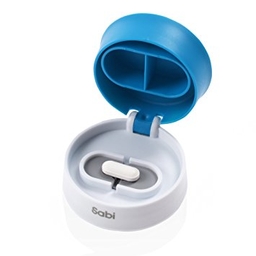 Can You Cut Or Split Metformin ER In Half?

Can I Cut My Metformin ER Tablet In Half? They Are Very Large & I Am Having Trouble Swallowing Them?
READ MORE 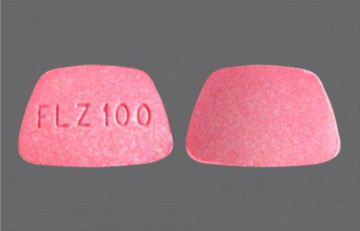 Can You Cut Or Split Fluconazole In Half?

I pay out of pocket for my medication my insurance won't cover certain medications. Can I split a 200mg flucanazole pill so I can take half in the morning and half at night?
READ MORE
View more questions