Can You Cut Or Split Benadryl?

In our latest question and answer, the pharmacist discusses whether or not it is safe to cut or split Benadryl in half.

Can you cut Benadryl in half?

Benadryl (diphenhydramine) tablets can safely be cut or split in half. However, Benadryl also comes in a liqui-gel dosage form which should not be cut, split, opened or crushed.

It is always a good idea to check into whether or not your medication can be safely cut or split. Many medications have "extended release" properties and cutting them may destory the release mechanism, potentially delivering the entire dose at one time, increasing the risk of side effects.

In addition, just because a medication is not extended release doesn't mean it is safe to cut. Many medications are extremely irritating to mucous membranes and the esophagus. One such example is Fosamax (alendronate). Lastly, some medications are cytotoxic or teratogenic and should not come into direct contact with the skin. One example of a cytotoxic drug is Hydroxyurea.

As mentioned at the beginning of the answer, Benadryl tablets are considered safe to cut and split. They may also safely be crushed. If you are having problems with swallowing the tablets or need to alter your dosing, Benadryl is also available in liquid dosage forms.

Benadryl (diphenhydramine) is a first-generation antihistamine, which works by blocking the binding of histamine to H1 receptors in our bodies. While effective for the treatment and prevention of allergies, it is commonly used as a nighttime sleep aid due to its sedating properties.

After taking Benadryl by mouth, it will begin to work in 30-60 minutes, with peak effects occurring around 90 minutes. Each dose will last between 4 and 6 hours, although it can last longer in certain individuals (e.g. the elderly). 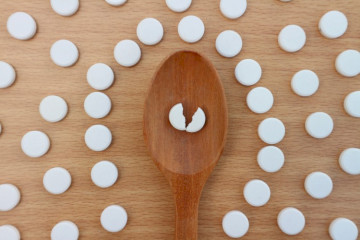 What Happens If You Cut Metformin ER?

My doctor said to cut in half my 500 mg metformin ER tablet to lower my dose. Will this damage the metformin 500 mg ER tablet?
READ MORE 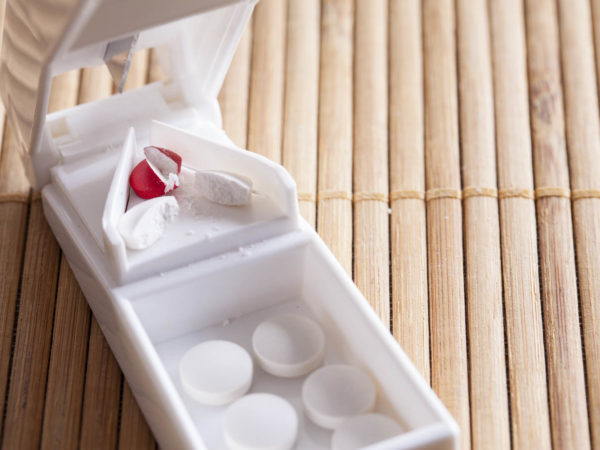 Can You Cut Zolpidem CR?

I take Zolpidem CR. Can I cut the tablets in half to stretch out usage?
READ MORE 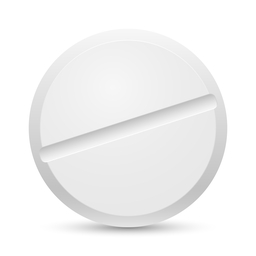 Can You Cut Klonopin ODT In Half?

Can you cut a Klonopin ODT in half?
READ MORE
View more questions