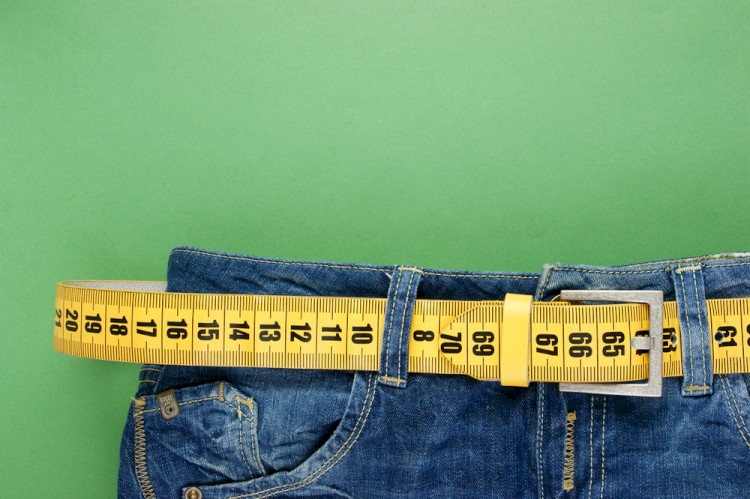 If you ever watch late night TV, there is a good chance you have come across a weight loss advertisement for a product known as Lipozene that is marketed by a company known as the "Obesity Research Institute". We decided to take on the task of actually finding out what this stuff is and if it has any evidence for it's weight loss claims.

The most pertinent piece of information that any person starting on a new drug for weight loss wants to know is how well it works. Is it worth their time and money? Unfortunately, this can sometimes be difficult to find out without first trying the product. This often leads to disappointment and lost money.

The trouble is for health and diet supplements, information can be extremely hard to find. They are just not well studied. As a pharmacist, I rely on making recommendations based off of evidence based medicine.

I look for high quality clinical studies and information to base my guidance on. When someone comes up to me and asks if Hydroxycut is OK to take with their blood pressure medicine, I can only give an answer that is as accurate as the available information,which often is not much.

With Lipozene, I wanted to take the time to give the product a good and thorough review based on the products ingredients and the data (if there is any) supporting its effectiveness for weight loss. I decided I would go through the commercial, and research some of the products claims to see if they can be validated. Feel free to give the commercial a watch as well so you can hear first hand the health claims of Lipozene.

First off, what is the Obesity Research Institute? I had never heard of them before this commercial. After a quick Google search, it became apparent this was not a large medical association with the goal of performing continuous research on obesity products. They do not actually have a website dedicated to their name. They appear to only sell two products, the aforementioned Lipozene and a product called MetaboUP.
Now let’s talk about the actual drug. What is in Lipozene?  Below is a picture of the supplement facts. We see that Lipozene contains an ingredient called Amorphophallus ​Konjac (Konjac Root). This ingredient actually is nothing new. Amorphophallus Konjac is also known as the elephant yam or the konjac plant.
The root of this plant contains the ingredient we are interested in, glucomannan. It is the glucomannan that is thought to have an effect in weight loss. Glucomannan is a high viscous (thick) soluble fiber.
Other soluble fibers you may have heard of include Metamucil (Psyllium) and Citrucel (Methylcellulose). The difference with glucomannan is that it absorbs A LOT of water. Some estimates say it can absorb almost 100 times its weight in water, far more than other types of fiber.
When glucomannan is consumed, it absorbs water in the digestive tract and thereby reduces both the rate and extent of absorption of carbohydrates and cholesterol. It is this property that makes glucomannan a product of interest with respect to weight loss.
In terms of the Obesity Research Center “finding” Amorphophallus Konjac, that is just not accurate. Glucomannan fiber has been used both as a food and as a medicinal agent in various Asian cultures for more than a thousand years. Its introduction into Western cultures is more recent; since the 1980s. If you were to buy Lipozene, just know that you are not buying some sort of medical breakthrough drug. It is a fiber supplement that been around for ages.

​"Clinically proven to reduce body fat and weight”
Here is the meat and potatoes of what people want to know about Lipozene. Does it actually cause weight loss. Fortunately, unlike many herbal supplements, there is a fair amount of data regarding glucomannan. The specific claim that Lipozene is clinically proven to reduce body fat and weight is false.
There are absolutely no citations or references in which Lipozene is included. There have never been any clinical trials with Lipozene as the test product. Having said that, there ARE clinical trials in which the active ingredient glucomannan in Lipozene has been tested. The clinical trials noted in the commercial and listed on the Lipozene website were done in the 80’s and 90’s and tested glucomannan as a sole ingredient.

“A recent major university double blind study showed that not only did participants lose weight, but 78% each pound loss was pure body fat! 3.86 pounds of body fat"

There are three studies listed on the Lipozene website. The study this claim is referring to is shown to the left and was actually completed in 1983 and published in the Internaitonal Journal of Obesity in 1984.
This was the study the commercial was referring to as the “recent” major university study.  The two other studies on the website are reviews and analysis’s of other studies, not actually clinical trials themselves. The first thing that jumps out about this “major” study as that it only contains 20 particpants, and all the participants are obese and female.
Obese is defined in the study as being 20% over the medically calculated ideal body weight. The first negative about this study is that it is not a random sample of healthy volunteers. Only one gender is represented and all participants are obese.
The study won’t give us any information regarding patients that are simply “overweight” or pateints that are looking to get more muscularly defined. It’s also important to note that this study did not have what is called a “washout period”. Most major studies have this and is certainly considered a best practice. A washout period is a period of time in which all particpants stop taking current medications or supplements before the study commences.

In this study, we have no idea if the patients are, or very recently were taking any medications/supplements for weight loss. The methods for data collection are woefully understated in the study as well. The study only states that members were instructed not to change their diet or exercise patterns.
Beyond this, we don’t know what the patients were eating, how they exercising etc. The study is just not very well controlled.  Having said all of this, the results of the study were positive.
At week 8, the trial participants lost an average 5.5 pounds versus an average weight gain in the placebo group of 1.5 pounds. Glucomannan also positively affected cholesterol numbers. The commercial for Lipozene did state that 78% of each pound lost was fat.
This information was NOT stated in this study so I don’t know what that comes from. So while this study was not very well conducted, there does appear to be some positive benefit that warrants further study for glucomannan.
The last study on the Lipozene website seems to be the best analysis of glucomannan as a supplement for weight loss. It compiled the data from 14 different studies that looked at the effects of glucomannan.
They found that in the studies conducted, they lasted an average of 5.2 weeks and they found a small decrease in weight of 0.79 kg ( 1%) with glucomannan. This obliviously is not a huge number and certainly doesn't qualify Lipozene as a breakthrough weight loss drug.
Perhaps staying on the medication for longer than 5 weeks would be more beneficial but there just is not much evidence for significant weight loss, even though it may cause a small drop in weight. It's worth noting that glucomannan in the analysis showed evidence that it helps both glucose levels and cholesterol levels as well.

"People were not asked to change their daily lives"
This claim is true but only to a point. None of the studies looking at glucomannan tracked the lifestyle of their particiapants. We simply dont know what patients were taking at the same time as glucomannan or if they changed their habits during the trail phase. There is just no reporting. At the very least, participants were not ASKED to change their diet or exercise.
One real positive of gluocomannan (and Lipozene as well) is that it appears to be very well tolerated. The most common side effects were simply nausea and abdominal discomfort, which can happen with any fiber supplement.
​

So, is Lipozene all it claims to be? The easiest way to put it is no. It is not a miracle weight loss drug as and weight loss is mild at best. It does appear to be well tolerated if it is something you really want to try, you really have nothing to lose except a little bit of money.
*Side Note: One thing that many people want to know, is how can fiber can a loss of weight, even though it may be small? There are a variety of mechanisms. Firstly and most significantly, it is thought fiber helps promote a feeling of satiety or fullness.
Secondly, fiber forms a gel like substance in the stomach and GI tract which may cause food to be more slowly absorbed. This can cause sugar and insulin levels not to spike as significantly and therefore less fat is accumulated on the body.

When you look for EDTA supplements on the internet, you will find a number of products that allegedly detoxify your system and delay aging. Moreover, some products also claim to improve your heart fun...
READ MORE

Overview Cannabidiol (CBD), relatively unknown just a few years ago in regard to its potential for improving health, is now one of the most popular supplements in the United State. In fact, OTC (ove...
READ MORE 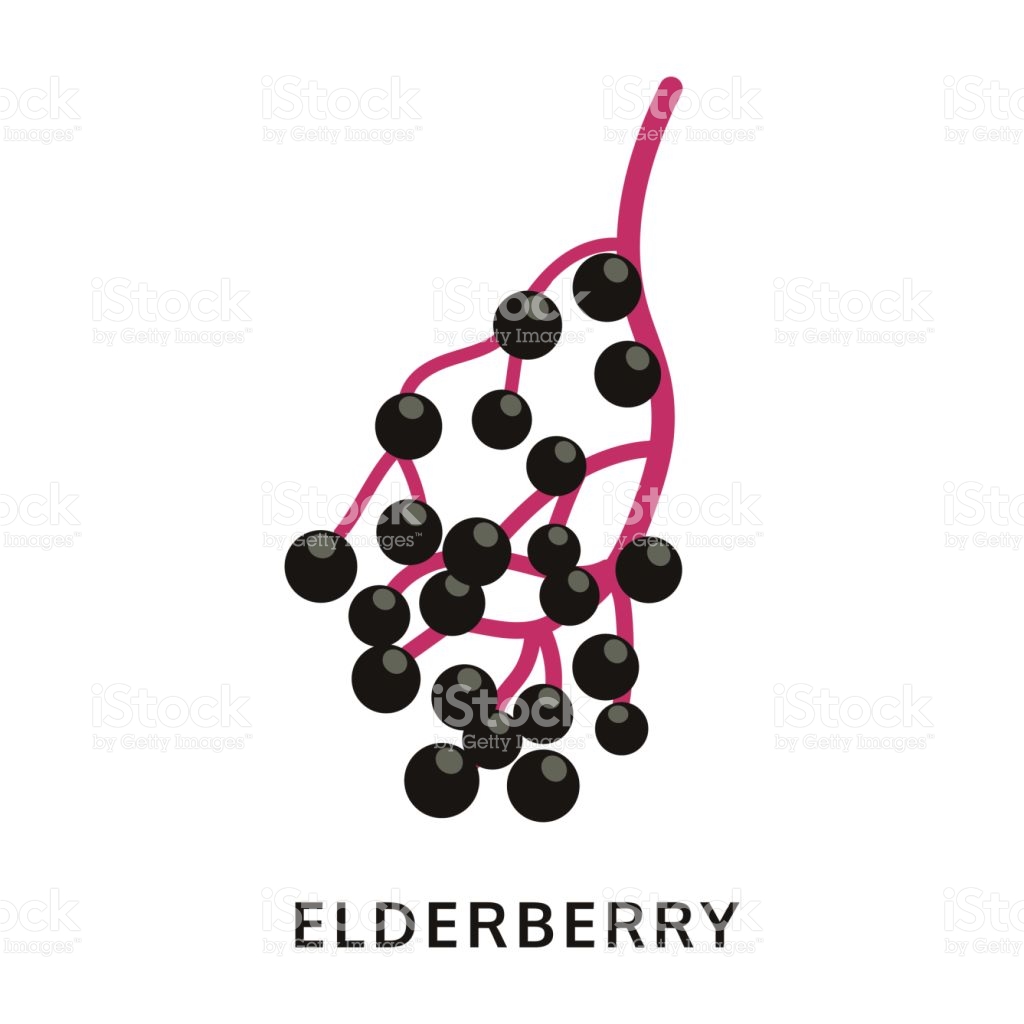 Does Elderberry Work For The Flu?

OverviewElderberry, or black elderberry, is a species of the genus Sambucus, a large shrub native to Europe, Africa, and Asia. However, it has spread to most parts of the United States and is cultiv...
READ MORE
View more articles