Does Zinc Work For The Common Cold? 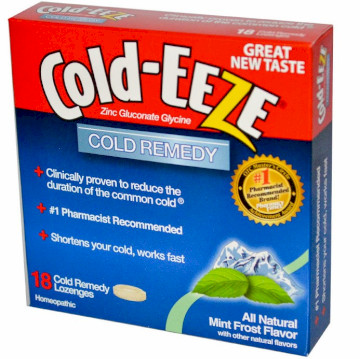 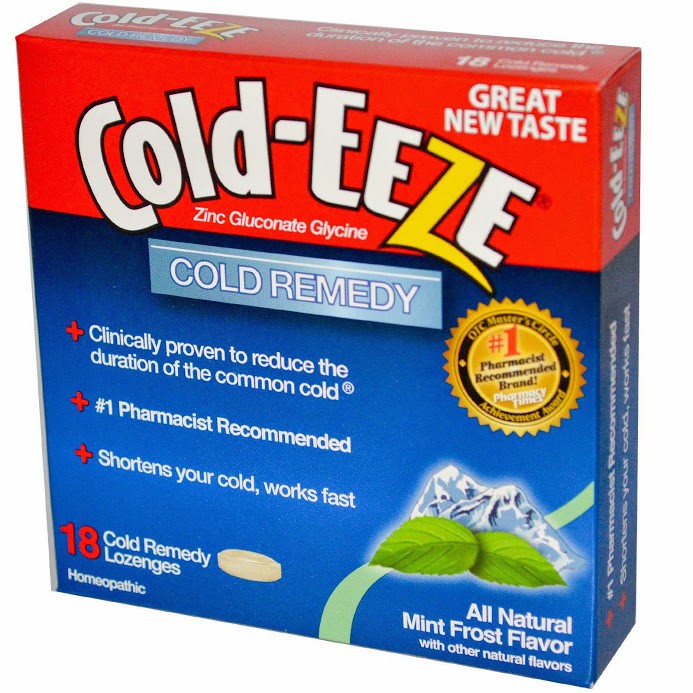 Zinc is a mineral that is absolutely necessary for many different biological functions in our body. It is important for growth, appetite, sexual maturation, skin strength, mental functioning, wound healing and immune system function, just to name a few. Deficiency of zinc is relatively uncommon in developed countries as we readily take in the mineral via a balanced diet. It is thought that supplementing with zinc products, such as Cold-Eeze helps to both prevent and treat the common cold. There have been numerous studies conducted on the matter and we are here to sort everything out for our readers. Is Zinc effective for the common cold? Let’s find out!

The common cold is caused by a viral infection, not a bacterial one. The offending virus is known as the rhinovirus. It is one of the most common illnesses in the world, affecting billions (yes billions!) of people every year. In fact, on average, an adult develops 2 colds per year. While developing a cold typically isn’t serious, it results in substantial costs both in terms of doctor visits and lost hours from the workplace and school. Every year, the common cold leads to over 75 million physician visits, which costs an estimated $7 billion! It also leads to an average of 150 million missed days of work and 50 million missed days of school. There unfortunately is no cure for the common cold yet there are hundreds of products available over the counter that help with the associated symptoms such as sneezing, congestion and headaches. This brings us to zinc. It is thought that the use of zinc is beneficial in those with a cold because it could potentially reduce the duration of one. Studies have shown that zinc inhibits, or stops, viral replication via many different mechanisms. They have also shown that zinc boosts our immune system by increasing the number of lymphocytes (white blood cells). The question is if it is effective when people take it to treat their colds.
What Did The Studies Concerning Zinc Find?
In the vast majority of studies and reviews, zinc was found to be an effective treatment for the common cold! Below are some of the main points to know about what the studies found:
​
The studies also found that the specific formulation of zinc counts! In fact, it may be the most important aspect to consider when taking zinc for the common cold. When zinc is taken by mouth, it must be broken up into free form zinc, also known as zinc ions. Many formulations have binding agents (or ligands) that make this difficult and therefore are less effective. There is an extremely strong correlation between choosing the appropriate formulation of zinc and how well the product works for shortening the duration of a cold. Use the following as a guide as to what to look for. Formulations with a check mark have proven to be effective while products with an "X" should be avoided.
Dosing Information For Zinc
The effective doses of zinc in the studies​ range quite a bit. It appears the most important thing to do it to continuously dose every 2-3 hours, up to 6 times daily. The actual Doses in the studies ranged anywhere from from 4.5 to 24mg of elemental zinc taken every 1-2 hours during waking hours while cold symptoms were present.
Side Effect Information
The side effect of taking zinc varies on the route of administration. When taken by mouth at the dosages recommended by the common cold products (e.g. Cold-Eeze), side effects are mild if they occur at all. The most common side effects are:
​
Consistently supplementing with high doses of zinc is a different situation. Taking more than 100mg of zinc daily for long durations (we are talking years) has shown to increase the risk of prostate cancer by almost 100%. Extremely high daily doses (>400 mg) can cause problems with blood iron content. Again, as long as the recommended dosages are followed, the side effects tend to be very mild in nature.
At one point, there were zinc products available in nose spray and nose swab formulations. While these were effective in terms of treating colds, there were widespread reports of loss of smell. In fact, the FDA released this statement in 2009:
​"The U.S. Food and Drug Administration today advised consumers to stop using three products marketed over-the-counter as cold remedies because they are associated with the loss of sense of smell (anosmia). Anosmia may be long-lasting or permanent.
The products are:
--Zicam Cold Remedy Nasal Gel
--Zicam Cold Remedy Nasal Swabs
--Zicam Cold Remedy Swabs, Kids Size
The FDA has received more than 130 reports of loss of sense of smell associated with the use of these three Zicam products. In these reports, many people who experienced a loss of smell said the condition occurred with the first dose; others reported a loss of the sense of smell after multiple uses of the products.
“Loss of sense of smell is a serious risk for people who use these products for relief from cold symptoms,” said Janet Woodcock, M.D., director of the FDA’s Center for Drug Evaluation and Research (CDER). “We are concerned that consumers may unknowingly use a product that could cause serious harm, and therefore we are advising them not to use these products for any reason."
Based on current information, zinc should never be applied nasally.  It would be tough to find anything on the market now, but just in case, be aware of this possible severe side effect. Most all of the intranasal zinc products were produced by Zicam. They have since been taken off all store shelves. Zicam still does make zinc lozenges as well as other products intended to treat cold symptoms.
Bottom Line
Based on all the scientific evidence, zinc IS effective in treating the common cold. It can significantly reduce the severity and duration of a cold by 3-4 days! This translates to less time putting up with troublesome symptoms and less missed days of work or school. It is extremely important to remember that the salt form of zinc counts! Always read the label of the product you are buying to be sure that specific form of zinc is one that has been shown to be effective. It is also important to dose at the first sign of symptoms. The sooner a dose is taken, the more effective the product will be.The side effects of zinc supplementation are very mild in nature and will typically go away after therapy. 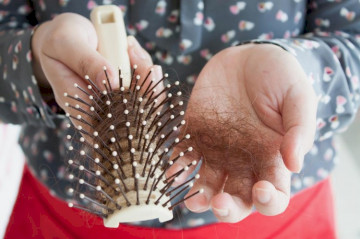 OverviewHair loss is traumatic event for many people, both men and women. Whether the hair loss is due to age, medications, stress, illness, nutrient depletion etc... we want to do whatever we can to...
READ MORE
View more articles