Can You Overdose On Benadryl? 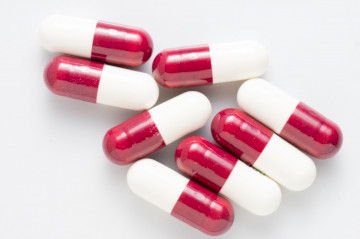 Like any drug or medication, it is possible to overdose on Benadryl (diphenhydramine) if you take doses exceeding the recommended amount. Below, we discuss the available information regarding Benadryl overdose, including statistics from the Poison Control Centers, symptoms of overdose and what to do if you think you have taken too much.

Benadryl is a common over the counter antihistamine used for the treatment of allergies, nausea and insomnia (trouble sleeping). It is available in many different dosage forms (e.g. capsules, tablets, liquid gels etc...) and is used in a variety of over the counter cough/cold products.

While Benadryl is an effective antihistamine, it is commonly included in a variety of over the counter products as a sleep aid, due to its sedating properties.

Whether intentional or not, overdosing of antihistamines, which includes Benadryl, are some of the most commonly reported events to Poison Control Centers in the United States. In 2002 alone, over 23,000 reports were from antihistamines.

It should be noted that when taken within normal dosing guidelines, Benadryl is a safe and effective drug with a large therapeutic window, meaning that it takes excessive dosages to experience severe symptoms of overdose.

There are various guidelines and reports regarding just how much Benadryl is considered an overdose. One study reported certain dosage levels that correlated with symptom onset, which is described in the next section.

Doses At Which Moderate Symptoms Of Benadryl Overdose Occur

Doses At Which Severe Symptoms Of Benadryl Overdose Occur

Severe symptoms are most often seen at dosages over 1,000 mg (40 adult strength tablets). These symptoms include delirium, seizures and coma.
It should be noted that published reports of severe symptoms with Benadryl overdoses tend to be associated with doses far exceeding the dosages given above.

What Is A Benadryl Overdose?

It is well known that Benadryl has dose dependent toxic effects but the exact dosages at which toxicity develops isn't well know. Although we detailed above common dosages that correlated with adverse events, it is important to know when an overdose is considered to have occurred. One guideline gives an approximate dosage of Benadryl that is considered excessive, and should be reported to a Poison Control Center. These levels are discussed below.

An overdose of Benadryl is considered to have occurred in those who ingest at least 7.5 mg per kilogram of body weight. An example dosage for a 30 pound child would be around 100 mg of Benadryl (4 adult strength tablets or 8 teaspoons of children's 12.5 mg/ml liquid).

An overdose is considered to have occurred in those who ingest at least 7.5 mg per kilogram of body weight or 300 mg of Benadryl (12 adult strength tablets), whichever is less.

Cases of death are uncommon in overdose reports. There is no known 'fatal' dosage as there are many factors involved including:

If you feel you have taken too much Benadryl or are having symptoms after taking it, it is important to call the Poison Control Center (1-800-222-1222) immediately. In addition, you should immediately go to the hospital if an overdose is thought to have occurred for supportive care.

Lastly, if you or someone you know has talked about overdosing on Benadryl, or any medication, know that help is available. You can call the National Suicide Prevention Lifeline at 1-800-273-8255.

What Is Benadryl? Antihistamine Overdose Common Symptoms What Is A Benadryl Overdose? Additional Information

OverviewHave you ever walked into your local drug store just to grab an allergy medicine and became instantly overwhelmed with all the choices in front of you? In this guide, we will hopefully simplif...
READ MORE
View more articles